Mudassar Nazar had no hesitation in saying that Virat Kohli, AB de Villiers and David Warner were the three best batsmen in world cricket at present. 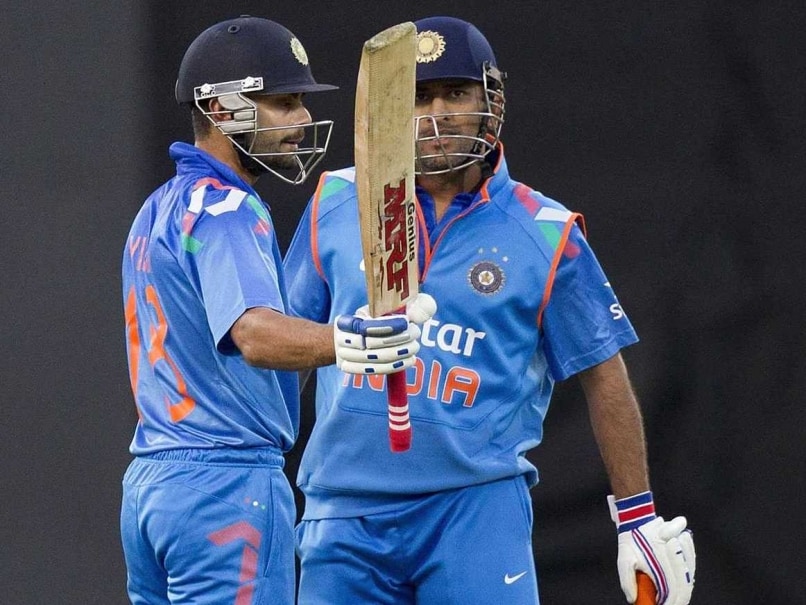 Virat Kohli is arguably the best batsman among the current generation of players.© PTI
Perth:

"Look there is a vast difference in pedigree of Virat and Akmal. Both Akmal and Ahmed Shahzad played in that Under-19 World Cup in Kuala Lumpur where Virat led India. Even then you knew that Virat's class was altogether different.('Can't Compare Kohli to Sachin Yet')

"Even though he is talented but sorry to say that Umar never belonged to that league as the gulf in standard was so huge," Mudassar, one of Pakistan's finest all-rounders in the 1980s, told PTI in an interview at the WACA here on Thursday.

In fact, Mudassar, who is here as batting consultant of the UAE national team, had no hesitation in stating that "Virat along with AB de Villiers and David Warner are the three best batsmen in world cricket today".

Talking about Pakistan cricket, the veteran of 76 Tests and 122 ODIs seemed completely disillusioned.

"Well, what you see now is all that Pakistan cricket possess. After this batch of players exit, I shudder to think from where the next batch of players will come," he said while genuinely sounding worried.

"But I would still look at one of the positive aspects like Pakistan's fast bowling strength which is still better than some of the other nations. Unfortunately, whatever fast bowlers Pakistan produced in last few years have all been prone to injury. Our best talent, Junaid Khan also got injured."

Mudassar, whose career-best Test score of 231 came against India in Hyderabad (Sind) in 1983, cited multiple reason for Pakistan's failure.

"There are multiple reasons for Pakistan's inconsistent performances. Compared to India, Pakistan's bench strength is next to nothing. In fact, India's Ranji Trophy structure was always very strong and with advent of IPL, it has made it even easier to have a strong supply line. India's financial might has helped them run their state of the art academies in a smooth manner," he lamented.

The golden days of Pakistan cricket are long gone and Mudassar feels that it might not come back again soon.

"Our strength was quality in those days (late 70s to early 90s). Look at the players we have had...Imran Khan, Javed Miandad, Zaheer Abbas, Salim Malik, Wasim Akram, you name them. Those were the days when all the top Pakistan players were playing in county cricket.

"We also used to have a lot of international cricket in Pakistan. Now there's been a change. There are no proper talent development projects in Pakistan, there's no proper domestic structure in place," he said.

"When I was with the PCB, I had started an academy system that they have shut down thrice and that hurt bench strength. I worked as Director (Cricket Development) but then had to leave," revealed Mudassar.

Such has been the bitter taste of PCB's administrative mess that the 58-year-old doesn't want to go back even if he is offered a job.

"I am no longer interested. Since I am a product of the Pakistan cricket system, I know what the problems are and I find it difficult to digest. I don't think there would be any change. I have lost hope. PCB chief Shaharyar (Khan) saab is nice human being but I don't see him being successful in bringing about any change. Like Imran Khan, whose ambition is to become Pakistan's PM."

While it's true that he is not happy with state of affairs in Pakistan cricket but is also unable to accept the manner in which renowned former players like Shoaib Akhtar and Sikander Bakht are "spitting venom" in their TV shows.

"The way these people (former stars like Shoaib) speak, it obviously affects the morale of the team. I believe these former stars deliberately mislead Pakistan's general public, who have little awareness about what actually is happening.

"If you ask these people as to why they are saying stuff like these, they would tell you 'Humein yehi saab bolne ke paise miltein hain (We get paid to say all these things)'," a disappointed Mudassar said.

"If you talk about British press, where there are papers like Guardian, Times, Daily Telegraph, they have a different standard, but in Pakistan, they have taken this tabloid journalism to a different level! They treat players as commodities and I don't like that," Mudassar signed off on a sour note.

Comments
Topics mentioned in this article
Ahmed Shehzad Umar Akmal Virat Kohli Mudassar Nazar World Cup 2015 Cricket
Get the latest updates on ICC Women's Cricket World Cup 2022 and IPL 2022, check out the Schedule , Live Score and IPL Points Table. Like us on Facebook or follow us on Twitter for more sports updates. You can also download the NDTV Cricket app for Android or iOS.