Pace bowler Laisth Malinga has been named subject to proving fitness. He underwent surgery on a troubled left ankle in September last, and missed Sri Lanka's one-dayers in India and England after that. 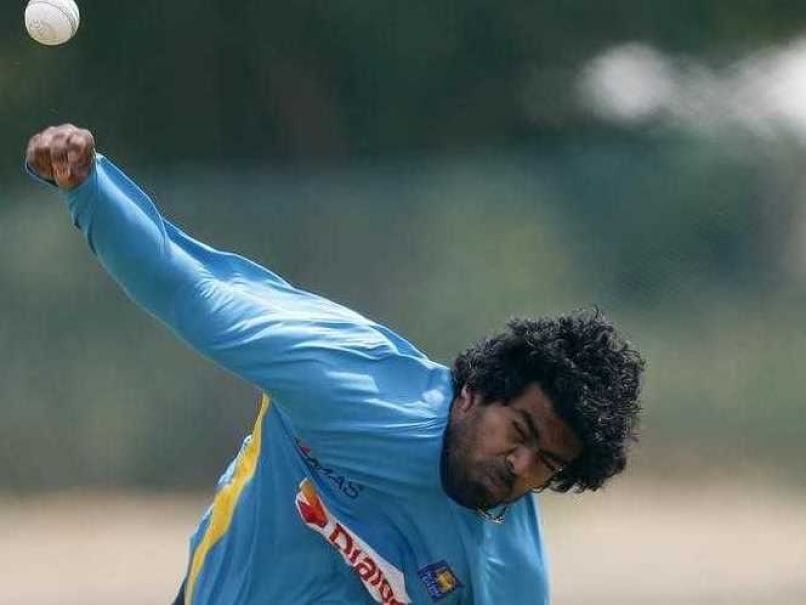 Malinga will be crucial for Sri Lanka's chances in the 50-over World Cup in Australia and New Zealand.© Reuters
Colombo:

Senanayake was initially banned by the ICC for a suspect bowling action but later cleared after corrective action was taken to rectify his delivery stride.

Left-handed opener Dimuth Karunaratne, who scored a century in the first Test against New Zealand at Christchurch, also figured in the squad to be captained by Angelo Mathews.

Also included in the squad for the World Cup to be held in Australia and New Zealand from February 14 was fast medium bowler Nuwan Kulasekera.

The national selectors picked Malinga in the squad subject to proving fitness.

Malinga underwent surgery on a troubled left ankle in September last, and missed Sri Lanka's one-dayers in India and England after that, before returning to the squad for the upcoming ODIs against New Zealand.

There are no real surprises in the squad. In Mahela Jayawardene, Kumar Sangakkara, Tillakaratne Dilshan and Rangana Herath, Sri Lanka have a wealth of experience at their disposal, even without Malinga.

Comments
Topics mentioned in this article
Sachithra Senanayake Lasith Malinga Sri Lanka Cricket Team World Cup 2015 Cricket
Get the latest updates on ICC T20 Worldcup 2022 and CWG 2022 check out the Schedule, Live Score and Medals Tally. Like us on Facebook or follow us on Twitter for more sports updates. You can also download the NDTV Cricket app for Android or iOS.