World Cup 2015: South Africa's Shine Wearing off Down Under

South Africa came in to the World Cup as firm favourites to win but things haven't gone according to their plan. Can the Proteas put their comprehensive losses to India and Pakistan behind and go all the way in World Cup 2015? 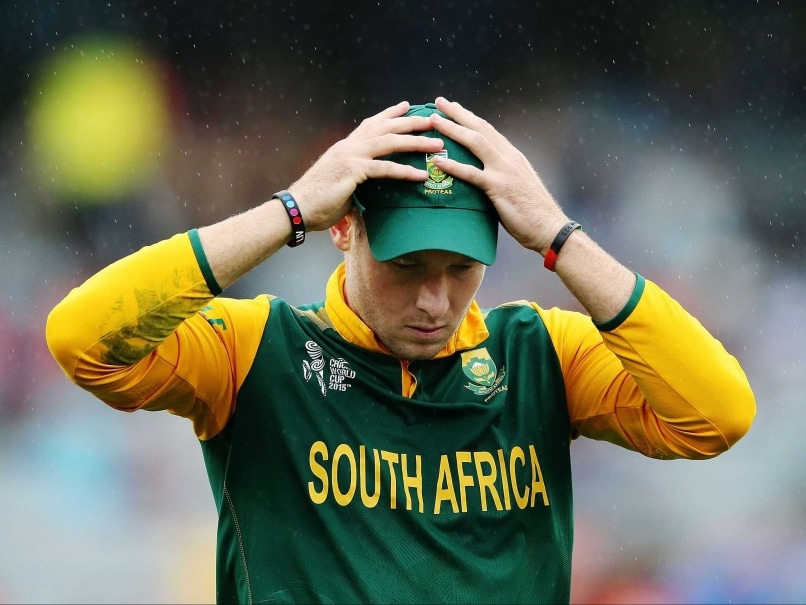 With less than ten days to go for the knockout stage in World Cup 2015, the shine on South Africa's title ambitions is swiftly fading away. The AB de Villiers-led side arrived in Australia with their sights firmly set on the coveted trophy, but two devastating losses - to India and Pakistan- have severely dented their title credentials.

Quinton de Kock's emergence onto the national scene in early 2013 eased the burden of wicket keeping off AB de Villiers' shoulders. The baby-faced stumper from Johannesburg showcased signs of good things to come with the bat as well when he scored three successive centuries against India in a three-match ODI series at home in December 2013. De Kock carried forward a similar average all through 2014 but has had a terrible start to his maiden World Cup. The left-handed opener has been a walking wicket at the World Cup so far, crossing double-figures only once in five matches. (South Africa can Lift the World Cup, Claims AB de Villiers)

De Kock has been earmarked as one for the future but should he remain in South Africa's plans in their lofty quest for long-awaited silverware Down Under? The Proteas have a swift decision to make. The lack of solid options to open the batting alongside Hashim Amla makes this a sticky situation. The management could be tempted to push either Faf du Plessis up the order or take a gamble with Rilee Rossouw. 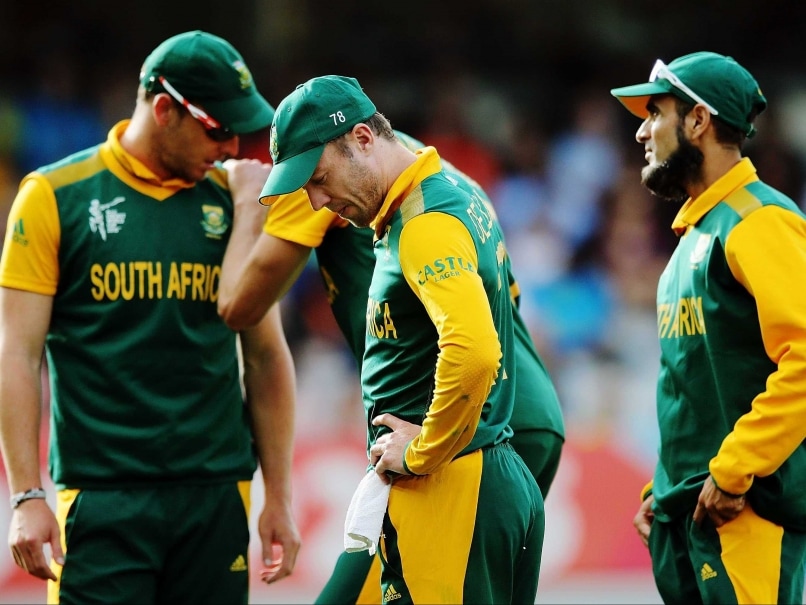 South Africa need to get their act together!

All three of South Africa's wins so far have come while batting first against inferior bowling attacks. On the two occasions when they were set a target - 308 by India and 232 by Pakistan - their batsmen crumbled severely under pressure. The middle-order of Jean-Paul Duminy and David Miller fails to inspire confidence, adding further workload on the shoulders of De Villiers. Duminy and Miller have a century each in the tournament, against Zimbabwe's docile bowling attack on a flat MCG wicket, but have a total of 40 runs between them against India and Pakistan. (Graeme Smith Fears South Africa will be Trapped in Chase)

The overburdened skipper continues to be the team's best bet to anchor them to a win. Even in the loss to Pakistan, De Villiers stood tall and defiant for his 58-ball knock of 77 and threatened to take the game away from Misbah & Co., in vain. The flamboyant captain remains the fulcrum of his team's batting unit but the growing pressure is having its repercussions on his leadership.

Australia have James Faulkner to turn a game on its head, India rely on MS Dhoni to finish matches, New Zealand turn to Luke Ronchi for a late-order surge while South Africa have the inexperienced Farhaan Beherdien, who has scored 10 runs and is yet to take a wicket in three matches so far, as their all-rounder in the squad. Pacer Vernon Philander, who can throw his bat around to good effect, has been sidelined due to injury while Duminy's gentle off-breaks hasn't reaped the rewards for the Proteas.

Even on the pacer-friendly conditions of New Zealand, Daniel Vettori - in his fifth World Cup - has shown the importance of a solid spinner in the line-up with 12 wickets in five games. South Africa's Imran Tahir has a five-wicket haul to show for, but that came against the West Indian batsmen who are poor players of spin bowling. To his credit, Tahlir bowled well against India (1/48 in 10 overs) and Pakistan (3/38 in 9 overs) but, as a leg spinner, the Proteas need him to produce far more wicket-taking opportunities.

While the Kiwi pace duo of Trent Boult and Tim Southee (13 wickets each) have displayed the fine art of fast bowling in the tournament so far, one of the leading pacers of the game, Dale Steyn (8 wickets), has had an inconsistent run-in. His bowling partner Morne Morkel (11 wickets) has done slightly better but the lack of an experienced third wheel in the pace battery puts the onus of performance on the pair.

Even as De Villiers remains bullish, claiming his side are still the best in the tournament, the cracks in South Africa's game have started to widen.

Can the Proteas reboot and star afresh in the quarter finals? Can they exorcize the perennial tag of "chokers"?

It's a road uphill for De Villiers' & Co.