All-rounder Majid Haq, who was born in Scotland and is of Pakistani descent, posted a racial tweet after being dropped from Wednesday's match against Sri Lanka in Hobart. 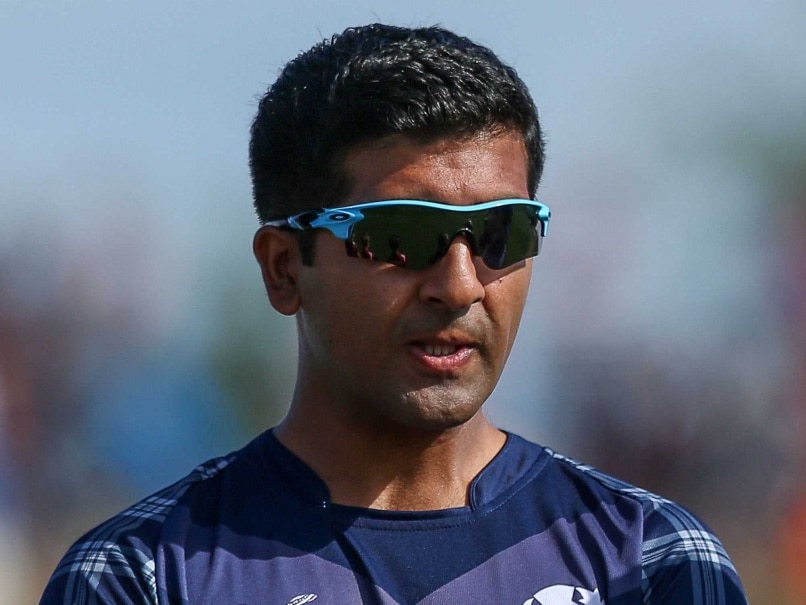 Scotland all-rounder Majid Haq has been thrown out of the World Cup for posting a racial tweet after being dropped from Wednesday's match against Sri Lanka in Hobart. (Match Report | Scorecard)

Haq, Scotland's leading ODI bowler with 60 wickets and three half-centuries to his name, had played in his team's four previous matches taking just three wickets and making a top-score of 31 against Afghanistan.

"Always tougher when your in the minority!! #colour #race" tweeted 32-year-old Haq, who was born in Scotland and is of Pakistani descent. (Mathews Begs Sangakkara Not to Retire)

"Following a breach of Cricket Scotland's internal code of conduct, international team member, Majid Haq, is travelling home from the ICC World Cup," a statement from the Scottish board said.

"No further statement will be issued until internal processes have been completed in due course." (Sangakkara Creates ODI Record)

Scotland, who have lost all their five matches so far, play Australia in their last league match in Hobart on Saturday.

Comments
Topics mentioned in this article
Majid Haq Scotland World Cup 2015 Cricket
Get the latest updates on IPL 2021, check out the IPL 2021 Schedule and Indian Premier League Live Score . Like us on Facebook or follow us on Twitter for more sports updates. You can also download the NDTV Cricket app for Android or iOS.