The defeat against India leave Ireland in a position where they possibly need to beat Pakistan in Adelaide on Sunday to make the last-eight. 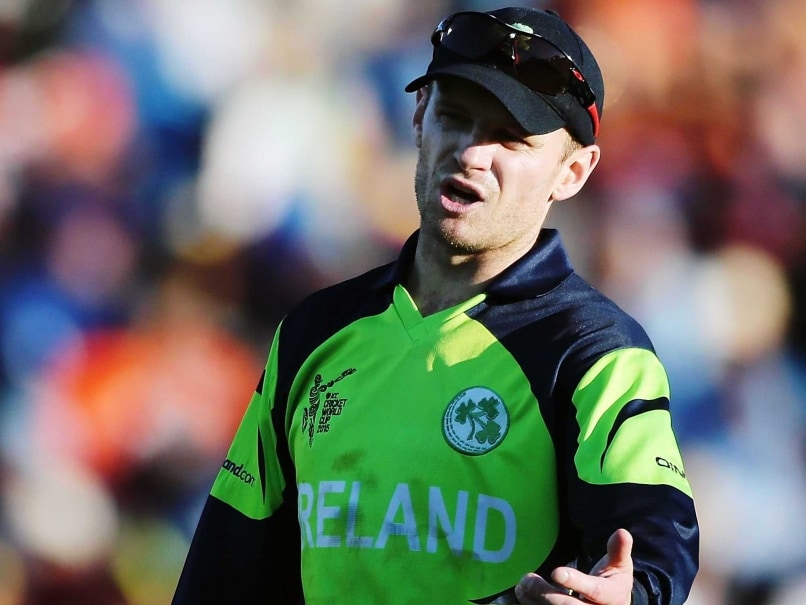 Skipper William Porterfield believes a lack of exposure against the bigger teams was hurting Ireland after they lost by eight wickets to defending World Cup champions India in Hamilton.

The defeat leaves Ireland possibly needing to beat Pakistan in Adelaide on Sunday to make the last-eight while India ensured top spot in Pool B after a fifth successive win. (Match Report)

"I think exposure is a big thing," said Porterfield, after his team's second defeat with the first at the tournament coming against South Africa.

"You probably heard me say it a thousand times, we've played nine ODIs against the top eight of the top ten teams in the last four years in between World Cups, which is not a lot when you consider a lot of countries are playing 25, 30 plus a year. (Ashwin was Tricky, Says William Porterfield)

"So that's disappointing from our point of view to not get that experience and get those games under our belts," said Porterfield, whose team shocked the West Indies in their opening game.

Indian bowlers led by paceman Mohammad Shami (3-41) and spinner Ravichandran Ashwin (2-38) pegged back Ireland, who won the toss and batted, after a solid start of 89.

"I think the skill factor is also there. You have to give a bit of credit to Ashwin. We lost a couple of quick wickets and that slowed us down slightly. (Dhoni Glad to see Bowlers Step Up)

"Every time we started to pick up a bit of momentum we managed to lose a wicket which kept us back from kicking on to what would have been a competitive total and that is disappointing."

Ireland lost their last seven wickets for just 53 runs after being well set at 206-3.

That included the wickets of Porterfield on 67 and Niall O'Brien's run-a-ball 75.

In reply, Indian openers Shikhar Dhawan notched an 85-ball 100 and Rohit Sharma a 66-ball 64 during a 174-run opening stand -- India's best in all World Cups.

Porterfield admitted Ireland did not have the bowling attack to cut through the world's best line-ups.

Porterfield backed out of form all-rounder Kevin O'Brien, who was out for one.

O'Brien hit the fastest World Cup century off just 50 balls in 2011 against England but has struggled with bat and ball this time round.

"I think he's shown glimpses in the tournament. He came in and got 50 out of 20 balls early on in the competition, and he got a quick 20 the other night. He only faced two, three balls today, and that can happen.

"With the ball, we're playing on a flat pitch so you haven't got much margin for error. Tonight I don't think he was too far off what he can do."

Porterfield vowed his team will do their homework for their last match against Pakistan who are still to confirm their place in the quarter-finals.

"We'll take a look at things now moving on to Adelaide, we're focused on each game as it comes and we'll have everything behind the scenes ready and it's just a matter of getting things right from there.

"So we'll look at Adelaide once we touch down there."