Sri Lanka bounce back from New Zealand defeat to beat Afghanistan. Catch all the live updates of the match series.

Sri Lanka earn a much-needed win as they beat Afghanistan by four wickets. Catch all the highlights of the match here: (Scorecard | Fixtures | Points Table) 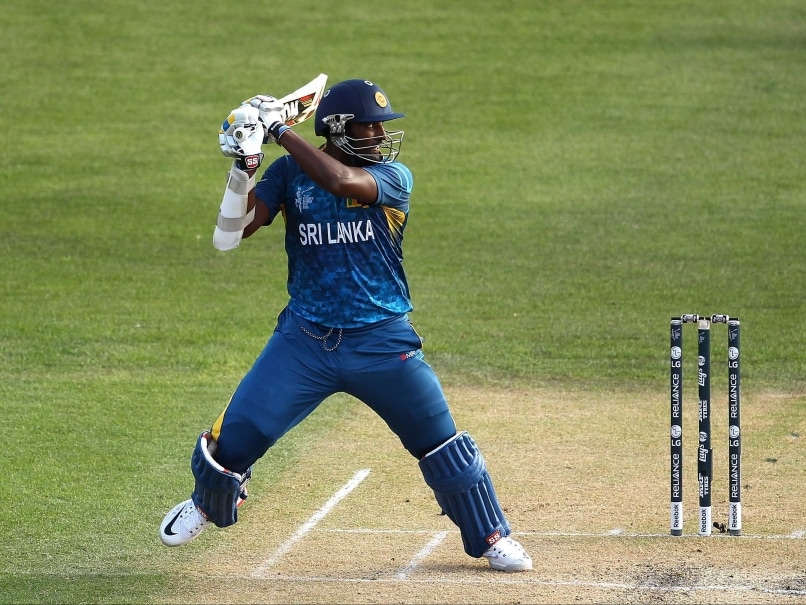 Mahela Jayawardene: Credit to Afghanistan. They batted well when it was tough and bowled well. I just wanted to make sure that I bat 50 overs, but was disappointed that I didn't finish it off. Angelo (Mathews) and Thisara (Perera) batted well too.

Angelo Mathews: Relieved! But they did put us under a lot of pressure. It was a see-saw kind of a game. I was struggling to time the ball, but I knew I to be there with Mahela.

Mohammad Nabi: We were 30-40 runs short. We bowled well for the first 10-15 overs and put pressure on them. It was a tight game, but the boys played well. Jayawardene was exceptional. Hopefully, we will do well in the next game. Dawlat and Shapoor bowled brilliantly.

11:00 (IST): Thisara Perera is converting singles into twos. Pressure back on Afghanistan.

10:54 (IST): Pressure is mounting on Sri Lanka with every dot ball. Jeevan Mendis and Thisara Perera are out in the middle. Can they save the Islanders or will there be an upset today?

10:42 (IST): WICKET! Mahela Jayawardene's gone. Hamid Hassan bangs in short and wide, Mahela plays it uppishly but straight to Nawroz Mangal at third man. A great knock comes to an end. Two new batsmen are in the middle now.

10:38 (IST): CENTURY! Mahela Jayawardene slams his 19th hundred to keep Sri Lanka on course for a victory. This is also his fourth ton in World Cup. 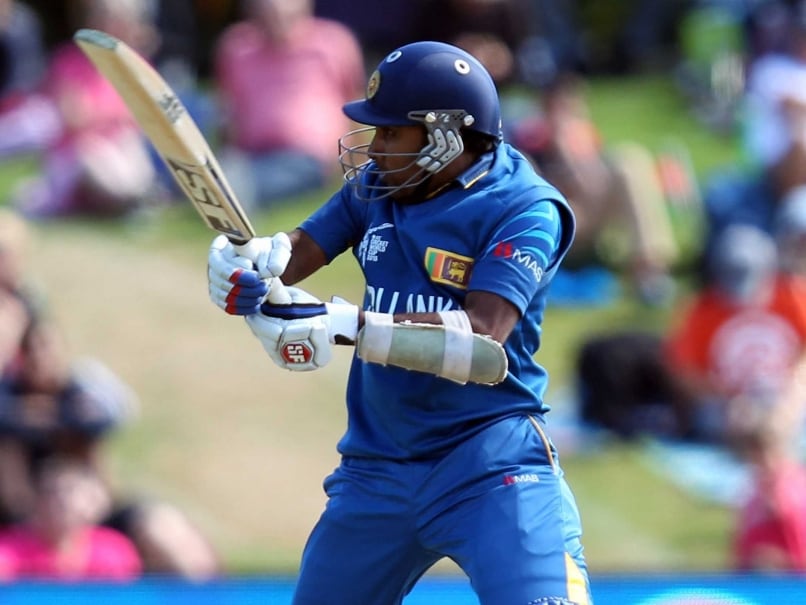 09:40 (IST): FIFTY! Mahela Jayawardene has scored his 78th half-century. But he will have to continue from here on. The two have also added more than fifty runs for the fifth wicket.

09:25 (IST): Mahela Jayawardene is batting with grit and determination. Angelo Mathews is at the other end. Can the duo save Sri Lanka?

09:00 (IST): Meanwhile in Melbourne, India have won the toss and have decided to bat. India have never beaten South Africa in World Cup. Can they rewrite history today? (Catch all the live updates of the match here)

08:40 (IST): WICKET! Hamid Hassan gets another one. Dimuth Karunaratne chases a widish delivery and gets a thick outside edge to Nawroz Mangal at first slip. Sri Lanka are four down.

08:17 (IST): WICKET! Sri Lanka suffer another blow. It's Kumar Sangakkara who makes a long walk back to pavilion. Hamid Hassan joins the party as the Islanders lose their third wicket in the sixth over. All eyes on Mahela Jayawardene now

07:52 (IST): WICKET! What a start for Afghanistan. Sri Lanka have lost both their openers - Lahiru Thirimanne and Tillakaratne Dilshan. While Thirimanne was trapped leg before by Dawlat Zadran, Dilshan was bounced out by Shapoor Zadran. Can Afghans cause an upset today? 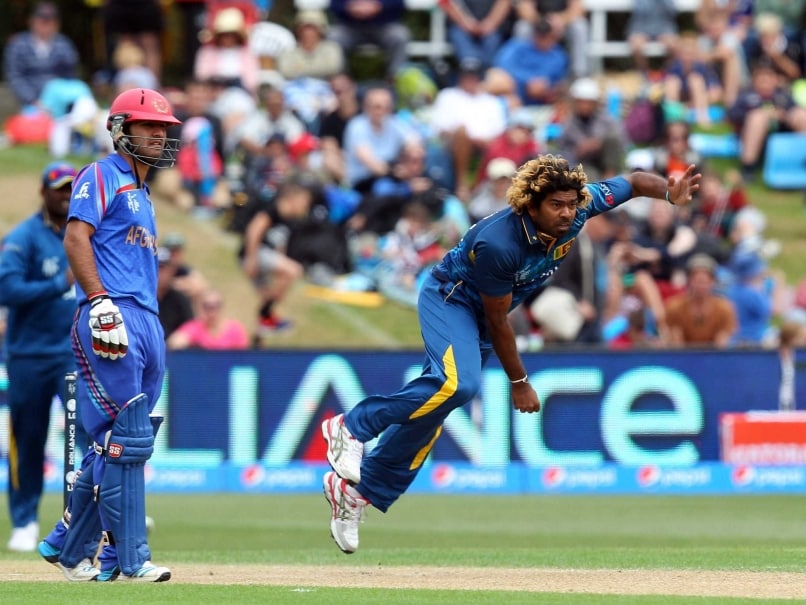 Lasith Malinga in action against Afghanistan.

07:04 (IST): Afghanistan have been bundled out for 232, thanks to three wickets each by Angelo Mathews and Lasith Malinga. Suranga Lakmal bowled well for his two wickets. Asghar Stanikzai slammed a fifty, while Shamiullah Shenwari (38) and Mirwais Ashraf (28) came in handy.

06:58 (IST): WICKET! Angelo Mathews finishes his spell with three for 41. He gets twoÂ  in two balls, meaning he will be on hat-trick in the next game Sri Lanka play.

06:51 (IST): WICKET! Lasith Malinga gets his man. Mirwais Ashraf was playing well but Malinga gets better of him. Mirwais looks to hook it but gets a top edge straight to Suranga Lakmal at deep fine leg.

06:13 (IST): WICKET! Here goes another one in the powerplay. Najibullah Zadran goes for a big shot but skies to mid on. Thisara Perera takes it easily and Suranga Lakmal gets his second wicket.

05:58 (IST): WICKET! Lasith Malinga strikes in the first over of batting powerplay. Malinga bowls a slower, Mohammad Nabi plays it early and misses it completely. Balls crashes into leg stump and Afghanistan lose their fifth wicket.

05:46 (IST): WICKET! Samiullah Shenwari's gritty knock comes to an end. Thisara Perera bowls a fuller delivery to tempt Shenwari, who falls in the trap and plays straight to Angelo Mathews at mid off.

05:26 (IST): WICKET! Rangana Herath breaks the 88-run stand. Asghar Stanikzai looks for another six but mistimes the shot and is holed out at long on boundary, where Jeevan Mendis makes no mistake. Stanikzai played ell for his 54. 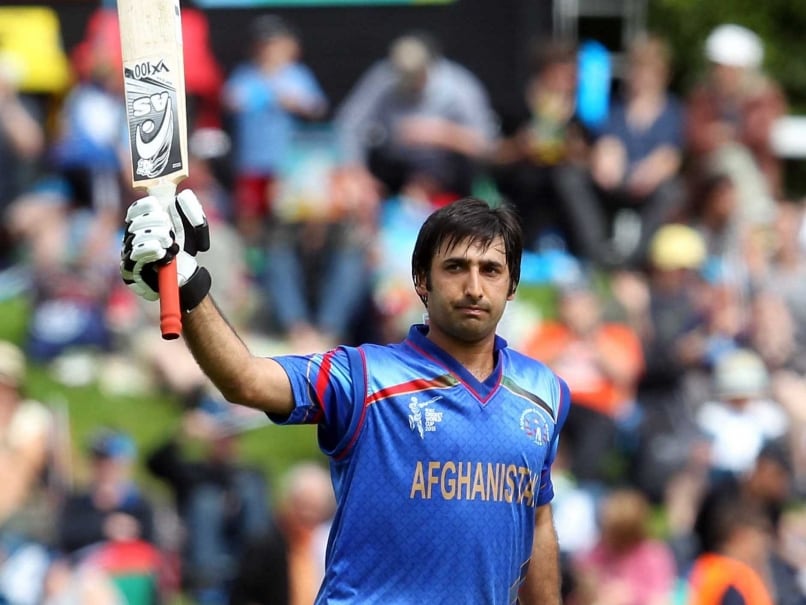 04:58 (IST): PARTNERSHIP! Asghar Stanikzai and Samiullah Shenwari have added fifty runs for the third wicket. An important one for Afghanistan after they lost two quick wickets.

Halfway through Afghanistan's innings and fans from both teams are having fun in Dunedin! #SLvAFG https://t.co/R9iJYYvJDq

04:16 (IST): SIX! Asghar Stanikzai clobbers Angelo Mathews for a biggie. It was a length delivery and Stabnikzai goes on his knees to slog it over mid-wicket boundary. A spectator takes a one-handed catch.

04:10 (IST): WICKET! Javed Ahmadi (24) gone. Suranga Lakmal bangs in short and Ahmadi throws his wicket away. He was in no position to pull that one, top edges it and Rangana Herath runs towards his left at mid-wicket to complete the catch. Afghanistan have lost both their openers now.

04:05 (IST): WICKET! Angelo Mathews comes into the attack and gets Nawroz Mangal off is first ball. Afghan opener looks to drive but fails to control it and plays uppishly to short cover. Good captaincy this by Mathews.

03:52 (IST): DROPPED! Nawroz Mangal dropped on 4 by Mahela Jayawardene at second slip off Suranga Lakmal. Mangal edges a widish delivery, Jayawardene dives towards his right and gets his both hands but fails to hold on. He usually takes those. Lakmal is upset.

03:35 (IST): Nawroz Mangal and Javed Ahmadi are out there in the middle. Lasith Malinga takes the new ball and starts with a maiden over. 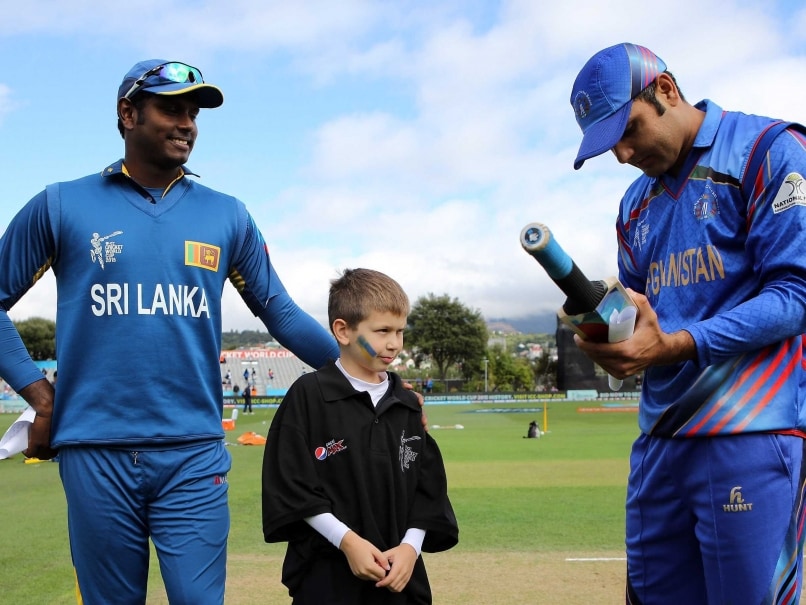 Mohammad Nabi of Afghanistan signs a bat for Mascot.

03:03 (IST): TOSS! Sri Lanka have won the toss and will bowl first. Both teams have made a change each. While Nuwan Kulasekara makes way for Thisara Perera in Lankan XI, Afghanistan have brought in Dawlat Zadran for Aftab Alam.

Just over an hour till game time and @OfficialSLC are ready to play in Dunedin! #SLvAFG https://t.co/E7A5hhY4uC

Both Teams in Search of Points

Sri Lanka's bowling is a big worry. Nuwan Kulasekara is a shadow of his previous self while Lasith Malinga, who returned from an injury, is woefully short of match practice. Their spinners haven't been able to bite into the opposition and the flurry of drop catches have worsened their case. The batting too, looks a bit dicey. The captain Angelo Mathews has been the only bright spot for the Lankan lions in the last few months while their over-reliance on their big guns Kumar Sangakkara and Mahela Jayawardene has haunted them for a long time now.(Sri Lanka Eye Big Win) 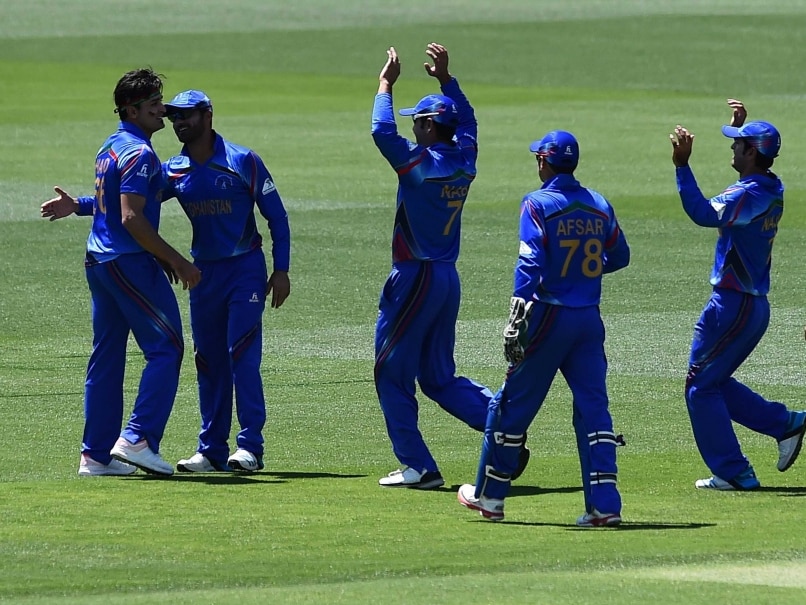 A file photo of Afghanistan players.

Afghanistan too, lost their first game. Bangladesh faltered first but recovered through Shakib-al-Hasan and Mushfiqur Rahim to beat the newbies at the World Cup. It wasn't a surprise that the Afghans were beaten but they displayed a lot of heart and bowled with vigour. They kept the lid on Bangladesh for long periods but the disqualification of Samiullah Shenwari from the bowling, opened the gates for the Bangla tigers. The Afghan batting though, lacks the skill. With the exception of Nawroz Mangal and Asghar Stanikzai, none of them seemed to be equipped to handle a bowling attack that has some steam and potency.(Lanka Hope to Find Form)

It's a tricky tie for Sri Lanka. They need to win and win it big. However, the Afghans are no pushovers. What they lack in talent, they make it up with temperament. Sri Lanka would love to set the ball rolling with a comfortable victory but the spunk that the Afghans have displayed till now is enough to keep Mathew's men on their toes.(Afghan Skipper Promises Recovery)

Comments
Topics mentioned in this article
Afghanistan Sri Lanka Cricket Team World Cup 2015 Live Cricket Score Cricket University Oval, Dunedin
Get the latest updates on ICC T20 Worldcup 2022, check out the Schedule and Live Score. Like us on Facebook or follow us on Twitter for more sports updates. You can also download the NDTV Cricket app for Android or iOS.