India displayed dominant batting skills against Pakistan in their opening World Cup 2015 match. Former captain Kapil Dev feels they will need to the same against South Africa - a team known to swear by its pacers. 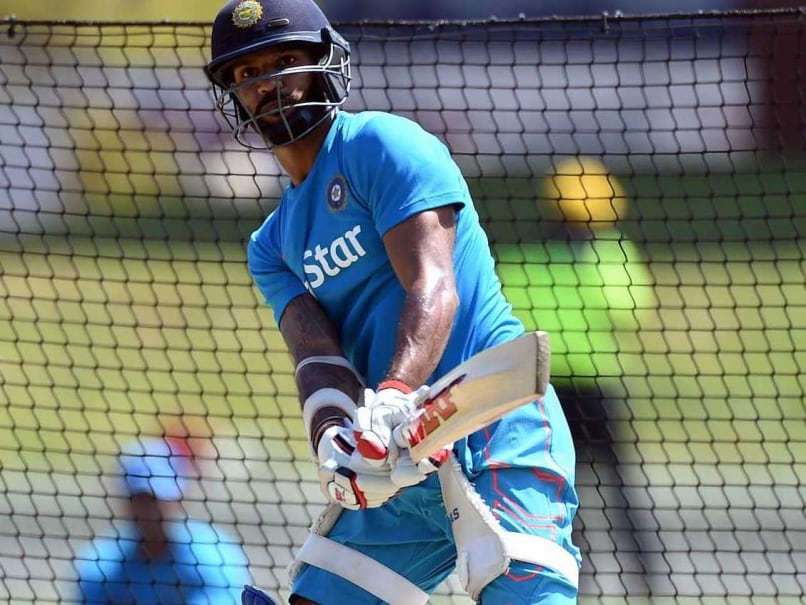 All eyes would be on Shikhar Dhawan when he opens India's innings against South Africa.© AFP
Melbourne:

World Cup-winning captain Kapil Dev feels that India"s top-order batsmen need to take more responsibility for the team to win against South Africa, who have a potent bowling attack led by the dangerous Dale Steyn.

India have been bogged down by losing wickets in a cluster as they lost their last 5 wickets for 27 runs in the closing stages of the match against Pakistan. They had also lost 9 wickets for a mere 29 runs against Proteas in the 2011 World Cup.

"We need to play out the first 15 overs well and build the innings from there on. Our openers would need to negotiate the South African bowlers or else it will be chasing the game all along," Kapil told PTI.

Kapil said one batsman will have to take stock of the situation and carry on till the end.

"If you score a hundred within 40 overs of the innings, it is your responsibility to take the team home and not lose your wicket after your personal landmark. The set batsman should look to play till about 45-46 overs to ensure that the new batsmen do not lose their wickets while looking for quick runs," Kapil, who led India to World Cup glory in 1983, said.

Though the underfurs Indian bowling rose to the challenge against Pakistan with Mohammed Shami leading from the front, scalping four to flatten the Misbah-ul-Haq-led side, Kapil feels the bowlers need to swing the ball early on as South African batsmen may pose a tougher challenge.

"The bowlers need to bowl in right areas against the Proteas. The South African batsmen are different from Pakistan and have more practice to play on bouncy tracks. The bowlers will need to swing the ball early to make inroads," Kapil said.

Kapil, who was part India's campaign in 1992, opines that Proteas has been a good but unlucky side.

"South Africa have been unfortunate in the World Cup with the game rules going against them a couple of time. They always had a balanced side and this side with the likes of Amla, De Villiers and Steyn is definitely one of the favourites in this World Cup," he concluded.