Suresh Raina's hundred against Zimbabwe when India were 92 for 4 chasing 288, resembles many a Yuvraj Singh innings from 2011 where the southpaw helped India sail from a position of vulnerability to safety. Mahendra Singh Dhoni should be happy with Raina's role. 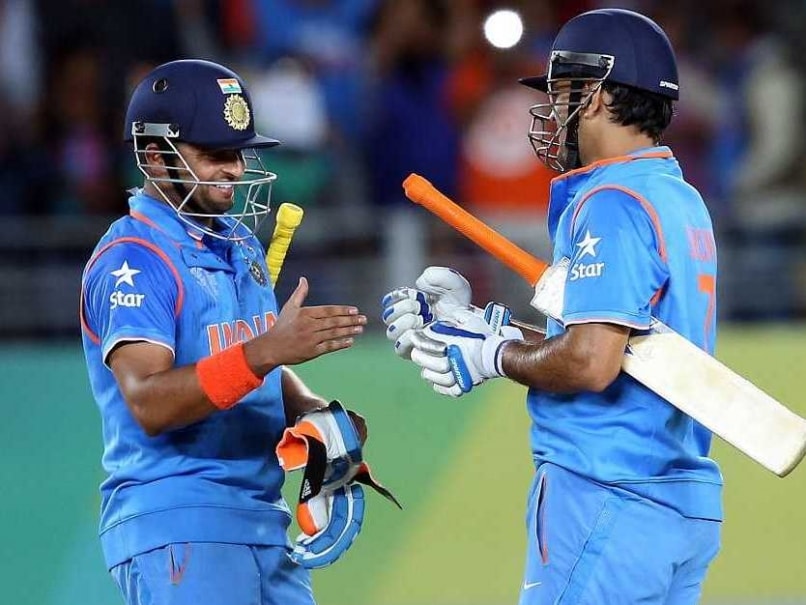 Few players divide cricket fans like Yuvraj Singh. Yuvraj, the sixer king of T20 World Cup 2007 and the hero of 2011 World Cup. The power hitter, the fielding sensation and the pie-chucker turned into batting tormentor. The man who gave the nation so much joy and memories for over a decade. But few also remember Yuvraj as the fallen superhero of T20 World Cup 2014 final. The man who just couldn't put his bat to ball, the momentum sucker, the fielding liability and the man reduced to Twitter jokes as 'Bad debt' as he did no justice to his hefty IPL pay cheque. (Complete World Cup 2015 coverage | Stats)

As a neutral, Yuvraj was the cricketer who returned as his shadow after his battle with cancer. The writing was on the wall. The captain knew it, the selectors knew it, perhaps the man too knew it but the fans didn't. A huge war cry followed after Yuvraj's omission from the World Cup squad. From Yuvraj's father to his own fan brigade, everyone came down heavily on selectors and Mahendra Singh Dhoni for not picking the last World Cup hero. Though the signs of Yuvi not making the cut to 2015 squad were omnipresent, the big question loomed heavily everywhere the team travelled -- who will fill in Yuvraj's shoes? (Suresh Raina faces 'tennis serves' to counter bounce before World Cup 2015 semis)

After seven matches in the World Cup 2015, it is safe to assume that Suresh Raina has answered that burning question with precision. Maybe not in the fashion of a violent full-blooded hook that signals the arrival of a man in the mood, but in the fashion of a sweetly timed on-drive that indicates the intent of a confident man in the middle. Not an exception to some nasty short-pitched jokes, Raina throughout his career has always found himself in a situation of proving his worth. (World Cup 2015: The importance of Suresh Raina)

In 2011 World Cup, Raina was a late inclusion in the scheme of things, with Yusuf Pathan being preferred over him in the final XI. Before this World Cup too, his twin ducks on his comeback in Sydney Test and two scores of 1 in three innings in Triangular series, did him no favour of establishing his name as batting heavyweight. But like Yuvraj, Raina has a penchant of rising to the occasion. (Have learnt a lot from Yuvraj, Kaif: Raina)

In 2011 World Cup quarter-final, Raina on his World Cup debut, turned it around with gutsy counter-punching innings against defending champion Australia. Four years later in the opening match of 2015 World Cup, Raina provided wheels to India's surge towards 300-run score against arch-rivals Pakistan. (Raina glad to to deliver when it matters the most)

A look at the Raina's numbers in this World Cup show how he has been matching Yuvraj's performance from the last World Cup. Usually batting at number 5 this tournament, the slot where Yuvraj batted in 2011, Raina has made the spot his own with some dependable eye-catching innings. Raina's hundred against Zimbabwe when India were 92 for 4 chasing 288, resembles many a Yuvraj innings from 2011 where the southpaw helped India sail from a position of vulnerability to safety.

Like Yuvraj, Raina can send the ball in stands at will and can quietly take the role of a floater depending on team's situation. In the quarter final against Bangladesh too, Raina's 65 proved to be shot in the arm for India when Bangla spinners looked like tightening screws on India's mid-innings impetus.

Yes, the conditions Down Under have not been too conducive for spin bowling like it was for Yuvraj four years back in Indian subcontinent, but Raina with the ball too has proved to be a handy customer. Dhoni used Raina's limited bowling abilities to perfection against Ireland when the Indian pace trio were taken to cleaners by Irish batsmen. He might have not taken truckloads of wickets to argue his case as a genuine bowler, but with new rules regarding new fielding restrictions almost forcing Dhoni to play a genuine fifth bowler, Raina provides the cushion to his team in case a specialist bowler has an off-day. Add that to the fielding standard Raina brings to the table, it is difficult to sideline him as makeshift all-rounder in the squad.

With semi-final approaching this Thursday, Raina might have his eyes set his eyes on another good performance. With a maximum of two games still to go in the tournament, he has the chance to grab the brass ring. Before this World Cup, Raina in an interview said that he wanted to emulate Yuvraj's 2011 World Cup exploits. If Raina plays the way he has been playing, he could well emulate Yuvraj's heroics of winning the 'Player of the Tournament' award too.

Comments
Topics mentioned in this article
World Cup 2015 Suresh Raina MS Dhoni Yuvraj Singh Cricket
Get the latest updates on IPL 2021, check out the IPL 2021 Schedule and Indian Premier League Live Score . Like us on Facebook or follow us on Twitter for more sports updates. You can also download the NDTV Cricket app for Android or iOS.