Brendon McCullum and Corey Anderson both made dashing fifties as the World Cup co-hosts handed Sri Lanka a convincing defeat in Christchurch. 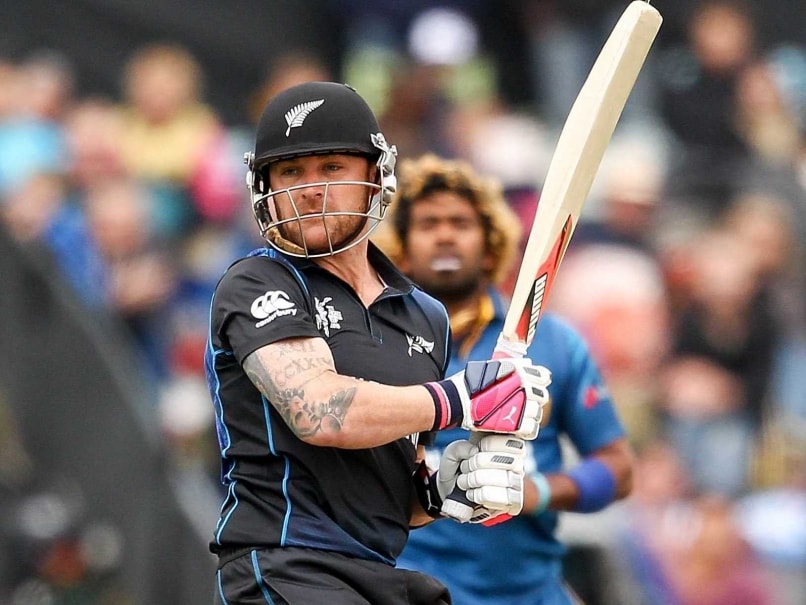 Brendon McCullum gave the cricket World Cup the explosive opening organisers had hoped for with a blazing innings inspired captaincy to give New Zealand a 98-run victory over Sri Lanka on Saturday.

McCullum blasted 65 runs in a 111-run opening stand with Martin Guptill (49), before Kane Williamson (57) and Corey Anderson (75) gave New Zealand an imposing 331 for six after being asked to bat by Angelo Mathews at Hagley Oval. (Blog| Scorecard)

McCullum's biggest contribution to the game, however, probably came when the visitors had established a handy platform to attack at the conclusion of 21 overs with the score on 119 for one and Lahiru Thirimanne and Kumar Sangakkara well set.

Left arm pace bowler Trent Boult had been taken for 15 runs from his two previous overs but McCullum persisted with the 25-year-old, who managed to produce one of the few deliveries to swing all day when he bowled Thirimanne for 65. (Full World Cup Coverage)

McCullum then brought back Daniel Vettori, who had earlier deceived Tillakaratne Dilshan (24) to take a simple caught and bowled opportunity, to attack new batsman Mahela Jayawardene, who was caught behind by Luke Ronchi for a four-ball duck.

Boult then trapped Sangakkara in front with another late swinging delivery five balls later to reduce Sri Lanka to 129 for four, effectively ending their chances given the top four had scored most of their runs during the one-day series against New Zealand in January. Adam Milne then took two wickets in the 32nd over, and while Mathews produced a cameo of 46, Tim Southee mopped up the tail with two wickets as Sri Lanka were dismissed for 233 in 46.1 overs.

McCullum and Guptill had given New Zealand a flying start before the introduction of left-arm spinner Rangana Herath dried up the scoring rate.

Sri Lanka then wasted a series of missed opportunities, with Williamson dropped twice and while Jeevan Mendis took two wickets in two balls to give them a chance of running through the lower order, Grant Elliott and Anderson consolidated the innings with 65 from 10 overs.

Luke Ronchi (29 not out) and Anderson then scored 73 runs in the final 38 balls before the burly left hander was dismissed on the last delivery of the innings.