Brendan Taylor smashed 138 in his final innings for Zimbabwe against India in World Cup 2015 on Saturday. 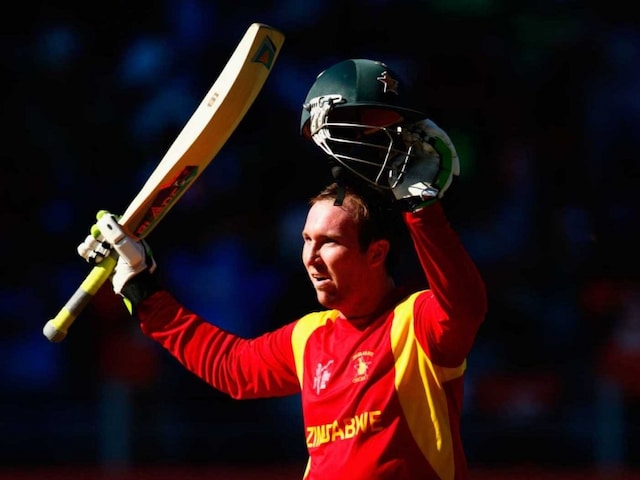 Brendan Taylor finished his ODI career in style with a knock of 138.© Getty Images

Zimbabwe skipper Brendan Taylor slammed his eighth one-day international hundred in a World Cup 2015 Pool B clash against India in Auckland to end his international career on a high. Taylor had announced that this will be his last game for Zimbabwe after having signed a three-year Kolpak deal with English county side Nottinghamshire. This was Taylor's second consecutive hundred in the World Cup. He hit 121 against Ireland. (Live Updates | Scorecard)

Taylor's fine knock finished on 138 off 110 deliveries and included 15 fours and 5 sixes.

Taylor came out to bat when Zimbabwe were down to 13/2 after losing openers Chibhabha and Masakadza to Shami and Umesh respectively. Zimbabwe soon lost their third and were reeling at 33/3.

The stand-in skipper then constructed his innings slowly, building a useful stand with Sean Williams to pull his side out of the early collapse. The duo put on 93 runs for the fourth wicket before Williams fell to Ashwin for 50.

The pair added runs cautiously at first, before Williams let loose with a flurry of strokes. Taylor was sedate in comparison as he hit the odd boundary and accumulated his runs through singles. He reached his fifty off 64 balls, a superb knock in the face of a bowling attack that has bowled out their opposition in all of their last five games so far.

After Williams fell, Taylor shifted gears, smashing 25 runs off a Ravindra Jadeja over to put the pressure on MS Dhoni's side. He eventually fell in the 42nd over to Mohit Sharma and walked off to a round of applause from the stands and the Indian players.Â

Comments
Topics mentioned in this article
World Cup 2015 Zimbabwe Cricket Team Brendan Taylor India Cricket Team Cricket
Get the latest Cricket news, check out the India cricket schedule, Cricket live score . Like us on Facebook or follow us on Twitter for more sports updates. You can also download the NDTV Cricket app for Android or iOS.