Imrul Kayes has played 53 ODIs in which he has scored 1,390 runs with one century and 10 half-centuries. His last one-day international was against Zimbabwe in November 2014. 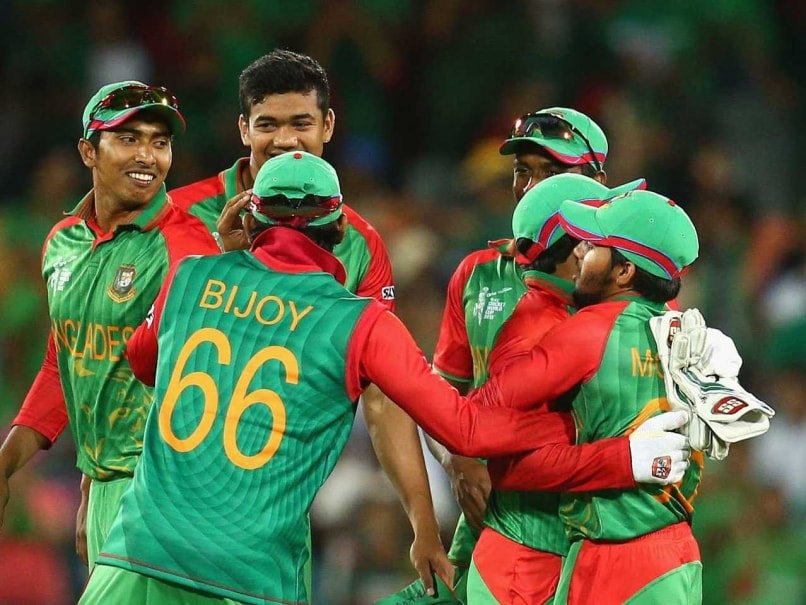 A file photo of Bangladesh in the 2015 World Cup.© Getty Images
Adelaide:

The 28-year-old Imrul has played 53 ODIs in which he has scored 1,390 runs with one century and 10 half-centuries. His last one-day international was against Zimbabwe in November 2014.

Haque, 22, dislocated his shoulder while fielding at Saxton Oval. He made two scores of 29 opening the batting in the win against Afghanistan and the defeat to Sri Lanka. (Tamim Stars as Bangladesh Beat Scotland)

Bangladesh are currently third in Pool A with five points from four matches and will play England in Adelaide on Monday.

Kayes is the second new player to be called up by Bangladesh after Shafiul Islam replaced fast bowler Al-Amin Hossain who was kicked out of the World Cup for breaking a curfew.

Comments
Topics mentioned in this article
Bangladesh Cricket Team World Cup 2015 Anamul Haque Imrul Kayes World Cup Points Table Cricket
Get the latest updates on IPL Auction 2023 and check out  IPL 2023 and Live Cricket Score. Like us on Facebook or follow us on Twitter for more sports updates. You can also download the NDTV Cricket app for Android or iOS.