Virat Kohli perhaps got the right boost ahead of India's World Cup 2015 quarter-final match against Bangladesh in Melbourne on Thursday by watching lady-love Anushka Sharma in NH10. 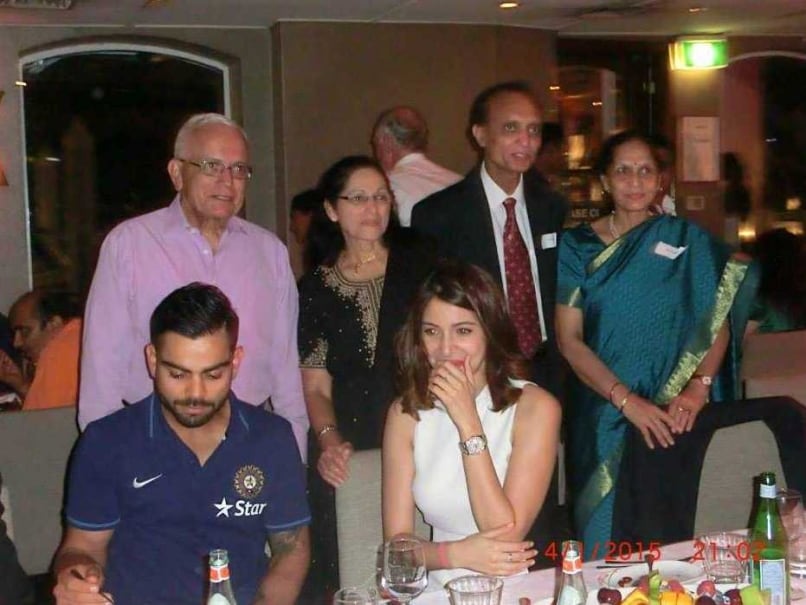 Virat Kohli took time off to watch girlfriend Anushka Sharma's recently released film NH10 and was 'blown away' by her 'outstanding performance'. Team India, which is preparing for Thursday's World Cup 2015 quarter-final vs Bangladesh in Melbourne, will be eager for a similar show from Kohli with the bat.

Kohli, known for his expression and passion for performance, was full of praise for Anushka, who he has been dating for sometime. Kohli expressed his thoughts over social media on Tuesday.

Just watched #NH10 and i am blown away. What a brilliant film and specially an outstanding performance by my love @AnushkaSharma. SO PROUD:)

Kohli and Anushka have openly talked about their relationship and want to excel in their respective fields. Kohli, in particular, has even got some bad press after he recently abused a journalist, apparently angry on a report involving him and Anushka. Kohli was reprimanded by the Board. (Anushka, Kohli in Cruise Mode)

In an exclusive interview with NDTV, the Bollywood actress said it was "primitive" to call her a distraction for the Indian vice-captain's poor performances in England last summer.

"Why should I be responsible for Virat's performance on the field?" Anushka said while speaking to NDTV on March 9.

"It's primitive to call me a distraction," she added.(Read Full Story)

Kohli will certainly like to emulate Anushka's reel-life performance on the cricket field as India aim to defend the World Cup.

Comments
Topics mentioned in this article
Virat Kohli World Cup 2015 India Cricket Team Cricket
Get the latest updates on IPL 2021, check out the IPL 2021 Schedule and Indian Premier League Live Score . Like us on Facebook or follow us on Twitter for more sports updates. You can also download the NDTV Cricket app for Android or iOS.