Top Batsmen to Watch Out For in the World Cup

With the generation of Sachin, Ponting, Smith and Kallis having walked into the sunset, the 2015 edition of the cricket World Cup promises to throw up new stars in the firmament. Who will they be? Here is our pick of the batsmen who could set the stage on fire. 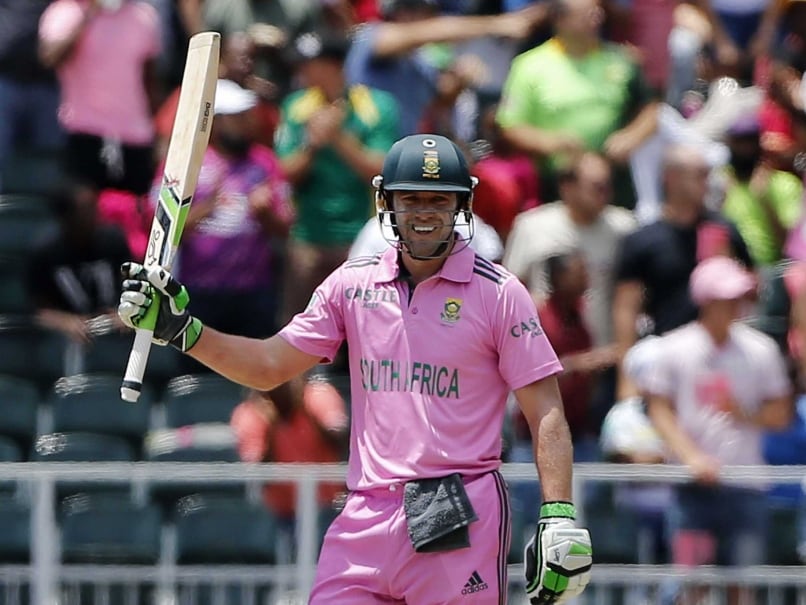 As the countdown begins for the ICC World Cup, here are the wielders of the willow who are expected to pull the crowd during ODI cricket's biggest tournament:

Adam Gilchrist feels that AB de Villiers is the best cricketer in the world. The fastest ODI century of all time against the West Indies in Johannesburg recently has put the 30 year old in a league of his own. De Villiers, who has scored 19 ODI tons so far, is hands down the most innovative batsman of this era. He can play shots all around the wicket. The South African skipper, who has an ODI batting average of over 52, will be aiming to do what no other Protea skipper has even done, lead his team to a World Cup title.

Virat Kohli is arguably the best batsman in India's stable. Ian Chappell feels that Virat should bat at No.3, but the Indian Vice-Captain has averaged 52 in that position, as against 61 at No.4. The last 10 times he has batted at No.4, Kohli has hit two hundreds. The 26 year old, who already has 21 ODI centuries, was in ominous form in the Tests vs Australia. He is the most consistent Indian batsman in recent times, with an average of over 51. The Men in Blue will be hoping Virat can hit peak form during the World Cup.

South Africa's Hashim Amla, a man known as much for his talent, as for his temperament. South Africa's Test skipper has been in prolific one day form, topping the run-scoring charts in the series vs the West Indies. He anchored the Protea innings at Johannesburg, remaining not out on 153, while AB de Villiers went onto hit the fastest ODI century at the other end. The 31-year old is a consistent run scorer, with an average of over 55 in ODIs. Make no mistake, he will be a key figure for the Proteas, especially if they are to finally shed the chokers' tag.

Mahela Jayawardene is known as Sri Lanka's class act. Jayawardene scored a century in the last World Cup final, but that was over-shadowed by India's win. This will be the 37-year-old's ODI swansong. He has been in prolific form in the lead up to the World Cup, becoming the second highest run scorer in the series vs New Zealand, with a hundred and an 82 ball 94. The former Sri Lankan Captain has an ODI average of 33.5 and is one of the most dependable batsman for the Lankans.

This is the man who stood tall and performed when his team-mates decided to walk out of the India tour, back in October. Though the West Indies lost the series against hosts India, Marlon Samuels was the highest run-getter of the series, with two hundreds. The 33 year old later said that he never wanted to abandon the tour. Samuels has an average of just under 33 in ODIs and could well be the biggest x-factor for the Calypso Kings in the World Cup.

Comments
Topics mentioned in this article
World Cup 2015 AB de Villiers Virat Kohli Hashim Amla Mahela Jayawardene Cricket
Get the latest updates on ICC T20 Worldcup 2022 and CWG 2022 check out the Schedule, Live Score and Medals Tally. Like us on Facebook or follow us on Twitter for more sports updates. You can also download the NDTV Cricket app for Android or iOS.