The WAGS have always been in the line of fire - being clicked by the paparazzi or being blamed for their partner's failures. Virat Kohli failed to score big for India in the World Cup semifinal and actress Anushka, who was at Sydney to watch the game, was attacked by the twitterati. 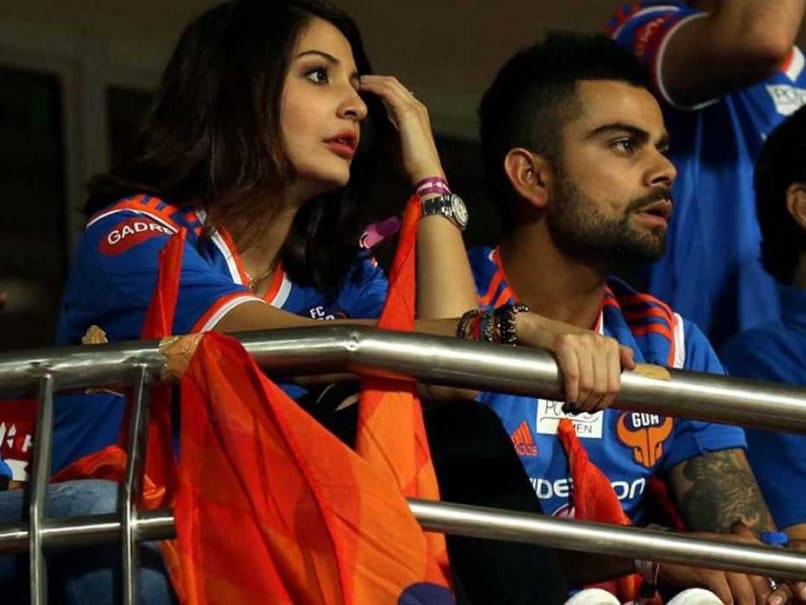 What's more difficult - Hiding a relationship or being proud of it? The 'WAG' profession is a toughie and how! We're pretty sure you already know what 'WAG' means but just for the benefit of humanity, the term (fairly sexist) refers to "Wives & Girlfriends'- the better (or not) halves of famous men whether it's actors, business tycoons, footballers, cricketers etc.

It's a triple edged sword that's drawn anger, anxiety and often a lot of misery. (India's Loss in World Cup Semis: Does There Have to be a Villain?)

Are they, are they not?

Meeting in inconspicuous places, wearing disguises, secret holidays - anything to dodge the paparazzi, anything to baffle the media! (A Letter to the ICC: Funk it up!)

If both are famous, God help them!

It's literally a scene out of a five-star thriller. That one photograph of them together would be as precious as capturing Modi and Obama sharing a friendly rendezvous. 'We're just friends', just how many time would you have heard this line?

But like every open secret, that too will make headlines.

After all, love conquers all.

We're open and there's nothing to hide. It is very refreshing when the X-man and his WAG are seen together openly. But then what follows - astrologers start sharing their cosmic charts, their wedding destination is decided and their children too have been planned by the media.

What's more, some will even start laying friendly bets on how long the relationship will last. Every step, every move will be calibrated with special focus on the ring finger.

But the worst, and this is just heartbreaking - one will be blamed for the other person's shortcomings - every flop, every missed goal, every wicket, and every hit in the stock market. Cricket boards banning WAGs from travelling with the teams, football federations calling them distractions.

Are your players that mentally weak?

Take the Virat Kohli -Anushka Sharma jodi for example. The couple has been open, they've been decent and they look happy.

Angry fans and some undeserving members of the media tweeting #blameanushka after Virat's cheap dismissal in the semi-final, how ridiculous is that?

It's so easy to blame and not to give credit. Again, it's a collective attitude that needs to change; a woman doesn't have to be behind the success of every man or his failure.

It's time the blame games stop. After all, have you ever heard of 'HABs' or 'Husbands & Boyfriends'?

Comments
Topics mentioned in this article
India Cricket Team Virat Kohli World Cup 2015 Cricket
Get the latest updates on ICC T20 Worldcup 2022 and CWG 2022 check out the Schedule, Live Score and Medals Tally. Like us on Facebook or follow us on Twitter for more sports updates. You can also download the NDTV Cricket app for Android or iOS.