Jeevan Mendis, 32, a left-handed batsman and right-arm leg-spinner, suffered the injury during training ahead of clash against Bangladesh at the Melbourne Cricket Ground. 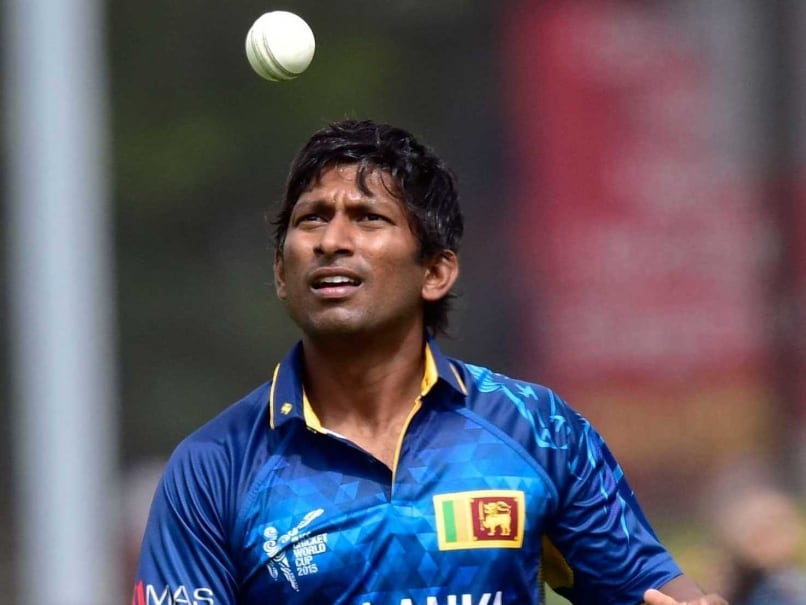 Sri Lankan all-rounder Jeevan Mendis has been ruled out of the rest of the World Cup with a hamstring injury and batsman Upul Tharanga has been called up as a replacement, captain Angelo Mathews said on Wednesday.

Mendis, 32, a left-handed batsman and right-arm leg-spinner, suffered the injury during training on Tuesday ahead of Thursday's Pool A clash against Bangladesh at the Melbourne Cricket Ground.

"Unfortunately, Jeevan is out for two to three weeks," Mathews said. "Upul is expected to arrive tonight but we have yet to decide if we will play him or not against Bangladesh."

Mendis, 32, who has played in 16 one-day internationals, conceded 13 runs in three wicketless overs and remained unbeaten on nine during Sri Lanka's tense four-wicket win over Afghanistan in Dunedin on Sunday.

He has also hit 13 centuries and 28 half-centuries. The left-handed opener's last ODI for Sri Lanka was against India in Cuttack in November 2014.

Sri Lanka, who lost their first match to New Zealand, have two points from as many matches. Bangladesh are one point ahead after beating Afghanistan and having their game against Australia washed out.

Comments
Topics mentioned in this article
Sri Lanka Cricket Team Bangladesh Cricket Team World Cup 2015 Jeevan Mendis Upul Tharanga Cricket
Get the latest updates on ICC T20 Worldcup 2022, check out the Schedule and Live Score. Like us on Facebook or follow us on Twitter for more sports updates. You can also download the NDTV Cricket app for Android or iOS.