A cricket fan, a chef and a restauranteur, GOGO, has some of the finest cricket memorabilia in his curry house in Perth. He gets them from cricketers who give him as a mark of appreciation for his gourmet cuisine. 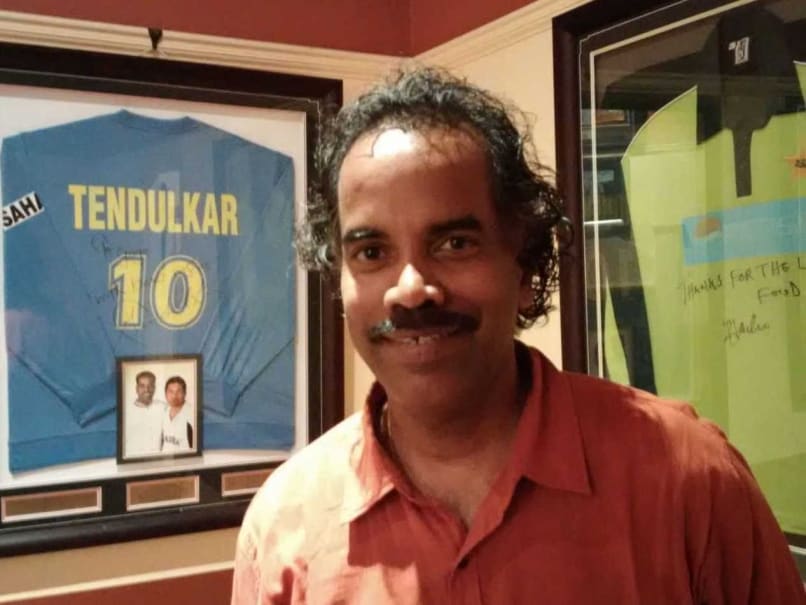 An Indian restaurant abroad is almost always on the radar of the Indian cricketers. And Gogo's restaurant was given a big thumbs up by none other than Sachin Tendulkar.

In the sleepy town of Perth, Mount Lawley seems like an exception. It is dotted with pubs and restaurants and wakes up shortly after the sunset. It is also the home to one of the city's most happening curry houses called GOGO's Madras Curry House. It isn't just sought after for the food it serves, but also for the way it connects cuisine with cricket and culture.

Sixteen years ago, Govindha Rajalu Govardhan popularly known as GOGO, bought this property and set up a theme restaurant, called Gogo's Madras Currry house. It was initially an art house restaurant where an artist would auction his stuff from. But shortly after, the cricket fan in GOGO wanted to marry cricket with cuisine.

He had worked in Sheraton in India and in different restaurants in Japan before getting to Australia. But when he made Perth his home, GOGO's aim was to serve the best of Indian cuisine and culture. So the theme came naturally.

An Indian restaurant abroad is almost always on the radar of the Indian cricketers. And Gogo's restaurant was given a big thumbs up by none other than Sachin Tendulkar.

"The most iconic thing in my restaurant is Sachin's bat. However since I live here, and have spent a lot of time with the Australian cricket team, GILLY's last wicket keeping gloves would come as at a close second for me," says GOGO. " Once I decided to have a cricket themed restaurant, I concentrated on getting the best pieces of memorabilia. How did I get them? I fed them the most awesome Indian food. And they gave me their best memories to exhibit."

GOGO started cooking for sports teams like AC Milan in the early nineties. Then came an assignment with the Australian swimming team, followed by the Pakistan cricket team. As years went by, he cooked for other cricketers as well. But who is the one sportsman he is the most fond of?

He doesn't have to think hard for that answer as he quips, "It will have to be Sachin. He has come here a few times. And the reason he is close to my heart is that every time he has come here, he has called me later to thank for the food the hospitality. Very few celebrities do that in their prime."

The warmth and the hospitality is reserved for each one of his customers who steps in to soak in the ambience and enjoy some gourmet food.

"It is the most fabulous private cricket collection," says Peter McDonald.

"Before stepping in here, I had no idea about the cricketing treasure this place had. I love GILLY's gloves, Ponting's shirt and Hayden's bat," says Nikita Breen.

GOGO wanted to bring Indian.culture, curry and cricket together and he has very successfully done so in this restaurant. The Indian cricket team loves his food and he has also played his part in Australia beating England in the Ashes of 2006.

Comments
Topics mentioned in this article
World Cup 2015 Cricket
Get the latest updates on ICC T20 Worldcup 2022 and CWG 2022 check out the Schedule, Live Score and Medals Tally. Like us on Facebook or follow us on Twitter for more sports updates. You can also download the NDTV Cricket app for Android or iOS.