Mahmudullah surpassed the previous highest individual Bangladesh score at a World Cup of 95 set by Tamim Iqbal against Scotland in Nelson last week. 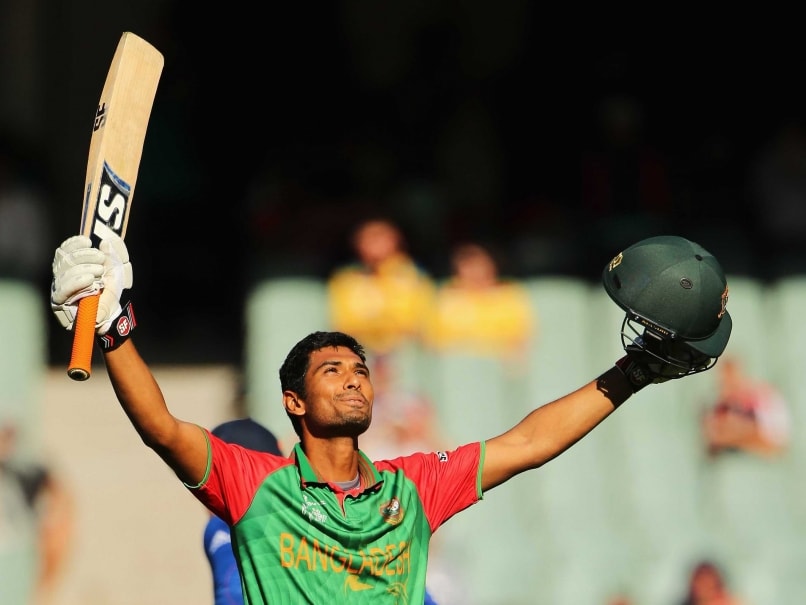 Mohammad Mahmudullah became the first Bangladesh batsman to score a World Cup century when he reached the landmark in the key Pool A match against England at the Adelaide Oval on Monday.

The 29-year-old right-hander's hundred was also his first in 114 one-day internationals and came off 131 balls including seven fours and two sixes. (Innings Report)

Mahmudullah surpassed the previous highest individual Bangladesh score at a World Cup of 95 set by Tamim Iqbal against Scotland in Nelson last week.

He was eventually run out for 103 after putting on 141 for the fifth wicket with brother-in-law Mushfiqur Rahim (89). (Passionate Fans Give Bangladesh a Lift)

Bangladesh finished on 275 for seven after being sent into bat by England captain Eoin Morgan, whose side had to win this match to maintain their hopes of a place in the quarter-finals.

"I'm very happy to get a few runs on the board. At the end we lost a couple of wickets, but it was a special innings for me," said Mahmudullah at the innings break.

"When we were are batting we looked to bat normally, play according to the ball, look for the loose balls and just keep batting."

He added: "We have a chance but we need to bowl well and in good areas, and put effort into the line and length.

"There is a little bit of grip and it is slowing so I think we are in the game."