Much like the MCC in England, its Australian counterpart is a keeper of history, too. The museum inside the stadium houses some rare memories. 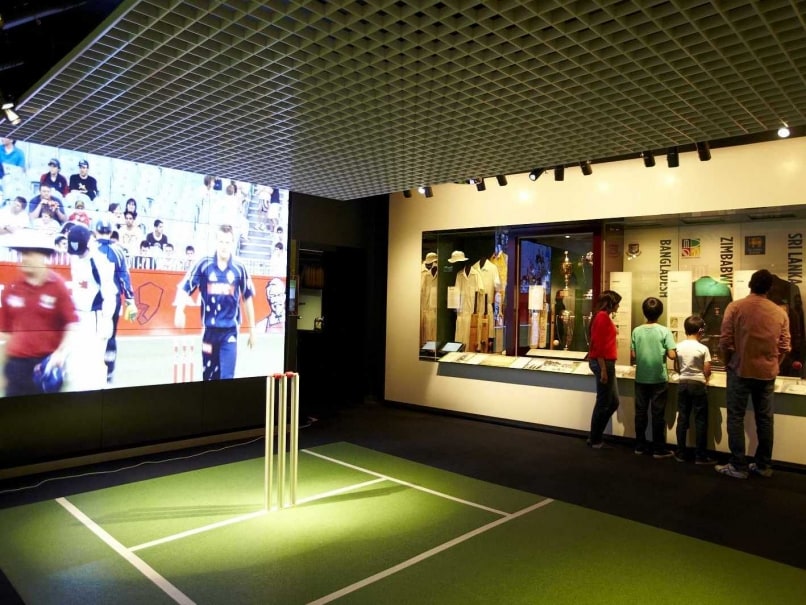 A view of the MCC museum from the inside. (Image courtesy: Rica Roy)© NDTV

The Marylebone Cricket Club or the home of cricket was set up in 1787. Exactly 51 years later, another MCC took birth in the southern hemisphere and it came to be known as the Melbourne Cricket Club. This Australian club is the oldest in the country and the game's origins can be traced as far back as 1838.

Much like the MCC in England, its Australian counterpart is a keeper of history, too. The museum inside the stadium houses some rare memories.

Helen Walplole, the curator says, "We try to look at why Australia is such a cricket-mad nation. We are sports crazy. Cricket is a big part of our sense of nationhood and who we are. The national sports museum and the MCC museum, both look at the significance of cricket and the significance of sport in general to Australia."

Neil MacGregor, the director of the British museum, says that if there ever was a calamity, the first thing he would try to save is the Rosetta Stone. Every curator has a preference. Walpole says the one she would save with her life is a sash from Australia's 1880 tour of England, "I think, to me, one of the most valuable things in our collection is a bit of the first Australian cricket uniform. It is from 1880 Australia tour to England. It is an incredible sash. Australian cricket colours of that period, which you expect to be green and gold, is actually purple and black. To me , that would be completely irreplaceable.."

The National Sports Museum has a very close association with the museum at Lord's. Two years back they even displayed the Ashes urn, which came from England. For as less as $30, this is a must visit for every cricket fan.

This museum houses an outstanding section on India, as well. They have Lala Amarnath's bat from India's first tour to Australia, Sunil Gavaskar's cap and bat, Sachin Tendulkar's pullover.

But everyone queues up to catch a glimpse of Don Bradman's baggy green.

And not just cricket, Australia's sporting legacy is well-curated too. From the 1956 Olympic torch to Cathy Freeman' body suit, a lot of Australia's sporting treasure lies buried here. Apart from Greece, Australia has participated in every Olympic in the modern era and this museum has history from each of those games.

Step outside the museum and there are statues of former greats like Dennie Lillie, Shane Warne, Don Bradman. There are 15 such installations of cricketers and Olympic athletes.

The museum truly sums up why and how Australia has attained gold standards in sports.

Comments
Topics mentioned in this article
Cricket World Cup 2015
Get the latest updates on ICC T20 Worldcup 2022 and CWG 2022 check out the Schedule, Live Score and Medals Tally. Like us on Facebook or follow us on Twitter for more sports updates. You can also download the NDTV Cricket app for Android or iOS.