India were knocked out of the World Cup after a heartbreaking semifinal defeat to Australia but not before Mahendra Singh Dhoni gave a masterclass in batting under pressure. 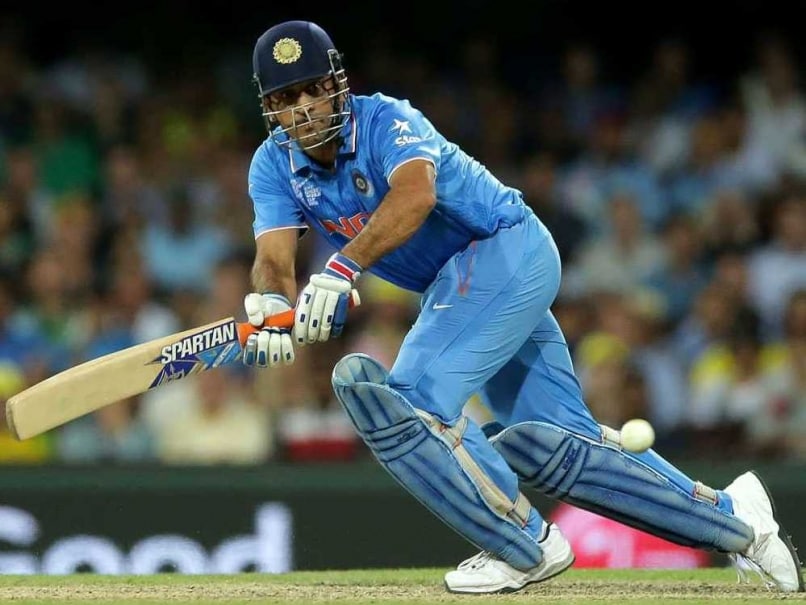 India were down in the dumps. Chasing a mammoth 329 to win the World Cup semifinal against Australia at the Sydney Cricket Ground, they were tottering at 108/4 in 23 overs when the team's most consistent rescue worker, Mahendra Singh Dhoni strode into the middle. The odds were stacked heavily against the defending champions, but Dhoni was not about to give up, not in his last World Cup innings.

Pause for a moment to just consider the odds. Never before had Australia lost a World Cup semifinal, never before had such a mammoth target been successfully chased down in a World Cup knockout, rarely does a batsman come across the combined pace might of Mitchell Starc, Mitchell Johnson and Josh Hazlewood. To make matters worse, India had lost their top three batsmen without hefty contributions. Dhoni's wingman, Suresh Raina, had perished to a poor shot and he only had a sedate Ajinkya Rahane for company.

Put Australia's intimidating record in World Cup knockouts aside and take a look at what Dhoni has achieved as India's ODI captain. He has never lost a semifinal in an ICC tournament and he was somehow determined to hang in and take it as close as he possibly could. Dhoni has been the greatest finisher in one-day cricket and he was out to prove that once again, perhaps for one last time.

Dhoni's staggering average of over 100 in successful run chases puts him in a different league altogether. Think back in time to that unbeaten 91 in Mumbai against Sri Lanka four years back or even the more composed 85 not out against Zimbabwe earlier in this tournament and you see a man ready to stay till the last ball is bowled.

Soon after that glorious run chase against Zimbabwe in Auckland, Dhoni had talked of breaking the chase down to small numbers. On Thursday, as India stared at certain exit, Dhoni gave a masterclass in his own methods. Even as Australia knocked off a solid Rahane, even as Ravindra Jadeja departed to a run-out, Dhoni unleashed his array of shots. He hammered two successive sixes off Shane Watson in the 43rd over - the first one brought up his 58th half-century.

But the curtains came down soon after. Dhoni's gutsy effort ended with a brilliant pick up and throw by Glenn Maxwell, who found the Indian skipper short of his ground. 65 off 65 balls. That was Dhoni's final effort in his final World Cup match.

The magical finisher from Jharkhand should be proud of his feats. Three World Cups - two as captain of India. Dhoni walked off with his head bowed but there would have been no emotions - maybe a tinge of regret over a set of numbers that went unsolved.