Kevin Pietersen says it is sad for him to sit out of the England team and insists newly-appointed ODI captain Eoin Morgan wants him back in the side. 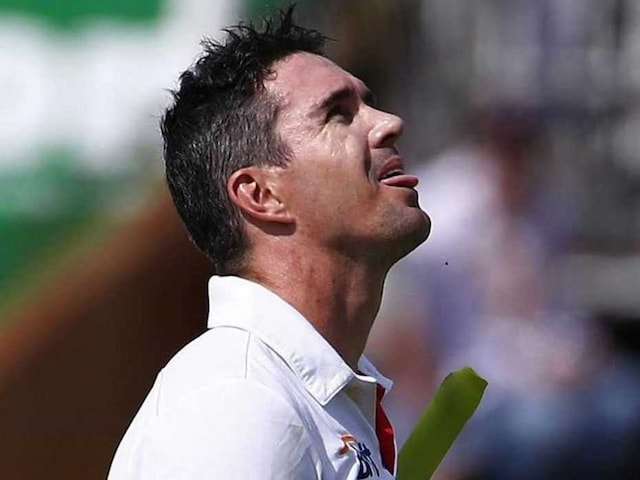 Kevin Pietersen has spent a year away from international cricket after the England and Wales Cricket Board sacked him following the Ashes whitewash in Australia. The maverick batsman, now, has admitted to feeling frustrated. After seemingly burning every possible bridge with the team with his explosive book, the 34-year-old has restated a keen interest in playing for England again.

Pietersen, who had said last year that a return to the England team looked impossible, he says he would play in the World Cup, given half-a-chance. (Also read: Pietersen restates ambition to play for England)

"I love playing cricket at the moment so given half an opportunity to go and play [in the World Cup], the way I'm playing at the moment, of course I would. The frustrating thing for me is that I'll be sitting on my sofa watching a series and I'll get a message from a couple of youngsters in the side saying 'what shall I do tomorrow - how should I play?'", Pietersen told former Australia captain Ricky Ponting during a commentary stint at the Big Bash League. (Related: Pietersen admires Australia's competitive brand of cricket)

Pietersen had accused several England players of running a bullying culture in the dressing-room and even alleged that his former team-mates were jealous of him. The South Africa born-cricketer, also targeted former coach Andy Flower and accused him of ruling the team by fear. Pietersen also took on wicketkeeper batsman Matt Prior and said he was a 'bad influence who picked on players'. However, former off-spinner Graeme Swann, who was also portrayed in bad light in the autobiography, was among the first to rubbish Pietersen's claims.

Months after the tell-all book hit the stands and threatened to reveal an ugly side of English cricket however, dramatic developments led Pietersen to believe he could make a foray back, at least into the ODI side. Alastair Cook was sacked as ODI skipper after repeated poor performances against India at home and against Sri Lanka later. Morgan, who was the only current player to speak up for the sacked batsman, was made captain and Pietersen sees an opportunity therein.

"I know that the current captain would love to have me in the England team. I'm 34 years of age; Kumar Sangakkara is 38 and he's just scored a double hundred. I honestly believe that I'm batting as well as I've ever batted at the moment. I've got over my knee injury which is huge.

"Over the last 18 months I've just hated batting, just because my knee has been so sore," Pietersen told Ponting, who himself took a dig at a few England cricketers.

Pietersen, who turned up for the Melbourne Stars in the BBL, smashed scores of 66, 1, 25, 54 and 49 and looked the best by far in a bating line-up studded with Cameron While, Luke Wright and Glenn Maxwell. However, while it looks like Pietersen has missed the bus for the World Cup, if Morgan is indeed keen on having him back and the ECB sees a way forward, the world could yet again witness one of the most dangerous batsmen in the game plying his trade again.