Hope Kareta is an Indian-Australian teen cricket prodigy in Victoria. She is the only girl who plays for boy's team in age group cricket. Her performances have made her a sensation in the Victorian cricket circles. 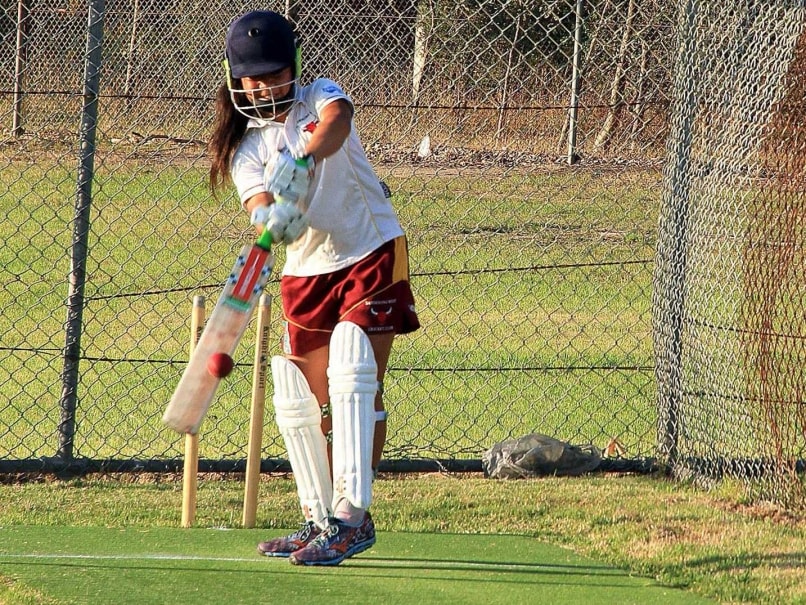 Hope Kareta's story is being told at the colts level in every club in Victoria because she is the only girl who plays for a boy's team. Her performances have helped the team to the top spot in the under 13, 4th division league right now.

About 34 kilometre South of Melbourne is a suburb called Dandenong, that houses a large Indian population. It is also the place from where most of Victoria's prominent cricketers like Peter Siddle, Darren Pattinson and Cameron White have come. About 20 minutes from here is the birthplace of a legend called Shane Warne.

But this story isn't about about one of the famous faces of Dandenong but a hard working teenager, with stars in her eyes, who hopes to follow that great cricketing tradition of Victoria. Hope Kareta, 12, is a little bit of Indian, Maori, Samoan and Chinese but has an Aussie spirit.

It has been a couple of months since she began to play cricket, and that too by default. Her brother's team Dandenong West Cricket Club could not make up the numbers while they were putting a team together for the under-13 district level Championship so Hope put her hand up.

"The boys were kind to me but it was quite scary in the beginning. But I could negotiate the fast balls," says Hope.

Her coach Jason Goodes can't stop talking about his find. He says, "For someone who hasn't played cricket before, to score a hundred at this level is amazing. In fact, she scored it in her 7th game of the season. I have seen many boys do it but not the girls at this level. "

Hope's father Yuvraj, who is half Indian and half Maori says what separates her from the rest of the kids is that she finishes cricket and is ready for athletics, once she is done with athletics, she will play football. And for a 12-year-old to excel in every sport she plays is quite exceptional.

So what is that one trait about Hope that makes her coach hopeful of her future? "She has a very good attitude, a very good listener and tries to implement what is being told to her. She loves to play straight and plays in the V."

Hope's story is being told at the colts level in every club in Victoria because she is the only girl who plays for a boy's team. Her performances have helped the team to the top spot in the under 13, 4th division league right now.

A cricket medal may be a late addition to the young girl's repertoire, but that has made her resolve stronger to don the baggy green one day. "I want to play for the Ladies team. Wearing the Baggy green is my dream. I look up to Michael Clarke and want to be a batsman like him."

While she perseveres to be a better batswoman than she already is, Hope also opens the bowling for her club. Lately she has had a 6-wicket haul and her coach feels with a little dedication she can blossom into an all-rounder. However, he also perceives a danger. "She is too young. There is no guarantee that cricket will be on the top of her agenda when she is 19. She might choose another sport. But I hope that she continues to serve the game."

Hope is proud of her Rajasthani roots and admires the Indian cricket team too. She did not get a chance to see the Indians beat the South Africans beat at the MCG but says, "Some day I can make both India and Australia proud."

Comments
Topics mentioned in this article
World Cup 2015 Cricket
Get the latest updates on ICC T20 Worldcup 2022 and CWG 2022 check out the Schedule, Live Score and Medals Tally. Like us on Facebook or follow us on Twitter for more sports updates. You can also download the NDTV Cricket app for Android or iOS.