Ashwin in his first spell of eight overs gave away only 19 runs, thereby effecting a turnaround for Indian bowlers. He finally finished with figures of two for 38 from his 10 overs. 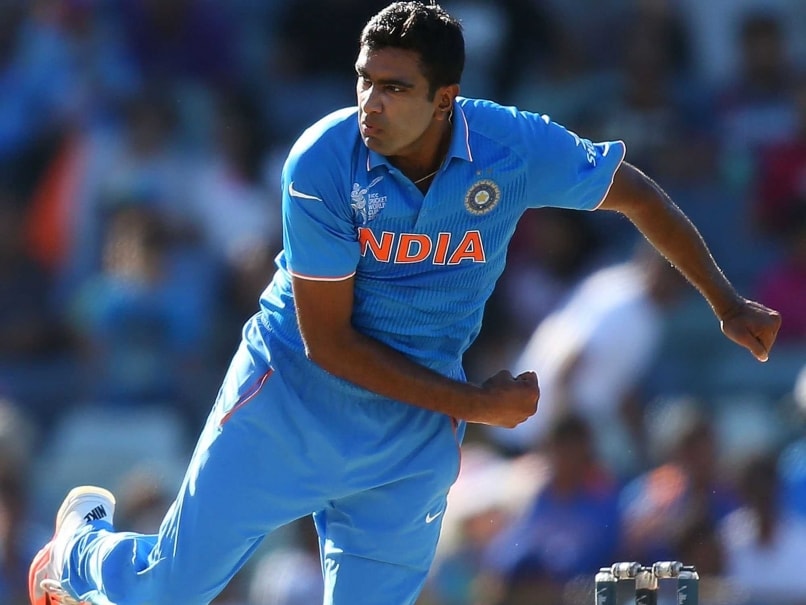 Ireland captain William Porterfield was all praise for Ravichandran Ashwin, saying the Indian off-spinner varied his pace well which eventually proved to be decisive in restricting his side to 259 in the World Cup match on Tuesday. (Dhoni Glad to see Bowlers Step Up)

Ashwin in his first spell of eight overs gave away only 19 runs, thereby effecting a turnaround for Indian bowlers. He finally finished with figures of two for 38 from his 10 overs. (Match Report)

Chasing 260, India rode on Shikhar Dhawan's 100 off 85 balls to beat Ireland by eight wickets to record their ninth successive win in the World Cup. (For Team India, Hindi is the Binding Force)

"He (Ashwin) just varied his pace very well. As I said he commanded his bowling there when we had lost those couple of wickets. It was a bit more holding up than spinning, but there was a bit of grip there for him. So, look, I think maybe we could have been slightly more aggressive in that period, but I was happy with where we were at and how we had gone," Porterfield said at the post-match press conference. (India On Course to Retain the World Cup: Ravi Shastri)

"We lost wickets just at crucial stages, when we started to kick on the game. But on another day, we get through that and we kick on again, and we get up to totals that are going to be very competitive in this tournament," the Irish skipper added.

Questioned as to how things quickly changed for Ireland after a good start, Porterfield replied, "I think it was a combination. We lost two quick wickets there, and we came out of the first 10, and we had 12 or 13 overs. I'm not sure when it was, we lost a couple quick wickets then, and that slowed us down slightly.

Asked about what exactly has been India's strength, the Irish captain said, "I think they've got a lot of strengths.

You've seen the way they're batting. They got off to a bit of a start. They've got lads coming in through the middle orders to keep the momentum going.

"They've got lads bowling late or mid 140s as well. But I think all the games might be in Australia from now on, so the system is appropriate for their spin attack. I think that they've got all the attributes to go all the way," Porterfield said.

Porterfield rued lack of exposure has been the bane for Ireland in the big games.

"I think exposure is a big thing. You probably heard me say it a thousand times, we've played only nine ODIs against top eight teams of the world in the last four years in between World Cups. That is not a lot when you consider a lot of countries are playing 25, 30 plus a year. So that's disappointing from our point of view to not get that experience and get those games under our belts," Porterfield lamented.

"I think the skill factor is also there. I think we did slow down. You have to give a bit of credit to Ashwin and others as they bowled very well in the end. We could have put them under a bit more pressure, but we didn't want to go too hot too soon after losing those couple of wickets. I think their spinners bowled well and they got a bit of assistance."

Porterfield said that even though India had an over-rate of 20 per hour, it didn't really affect the Irish team.

"Yeah, they obviously got 15 overs and were rushing around, but we didn't let that affect us as to where we were at. We knew the size of the ground. We could always catch things up at the back end. But as I said, we just lost wickets in crucial stages, and we lost two in quick succession. We built a decent platform, but we just didn't manage to kick on to where we'd like.

"But you have to give them credit as much as anything as well," he said.

The Irish skipper did try to defend his bowlers who were clobbered all around the park by the Indian batsmen.

"Look, we don't have lads at the minute coming in bowling 90 clicks (90 mph), which a lot of sides do. The lads have great skills, and what we do have, we've come up on a very flat wicket. You see the way they have played. I think it's just a very good pitch in what is a small ground and defending an under par total and that makes it very difficult," Porterfield said.