'India Pacers Didn't Use the Short Ball Judiciously vs Australia'

It was a bad day for Team India, right from losing the toss against Australia in the World Cup semifinal. In such a high-pressure match, winning the toss is so crucial, writes former speedster Javagal Srinath. 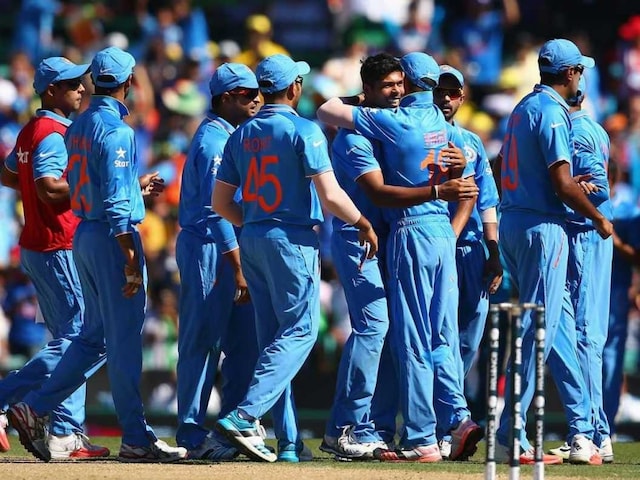 Umesh Yadav celebrates with teammates at the SCG on Thursday.© Getty Images

Once Australia racked up 328 runs on the board, it was always going to be a steep ask for the Indian batsmen, irrespective of the form they were in and the relative docility of the track. (Dhoni feels cricket favours batsmen, wants changes in rules)

They were up against a well-rounded bowling attack-the unit comprising Mitchell Starc, Mitchell Johnson and Josh Hazlewood is quite equipped in all conditions. And not often do they collectively endure a bad day. The wealth of fast-bowling resources they have is simply amazing and that eventually was the big difference between the sides. (Related: Is MS Dhoni losing his midas touch?)

But it was a bad day for the Indians, right from losing the toss. In such a high-pressure match, winning the toss is so crucial. That eases a lot of pressure. The Indian bowlers did a good job, but in patches. Unlike their Australian counterparts, they didn't use the short-ball judiciously. But they have been largely impressive in this World Cup and they will take back a lot from their Australian sojourn and return as better bowlers in the future. The tour would have steeled them a lot. (Dhoni Wants His Pacers to Play Fewer Domestic Matches)

India's openers responded brilliantly, they set a solid platform and blunted the new ball. But, unfortunately, none of the top-order batsmen could post a big hundred. Both Shikhar Dhawan and Rohit Sharma had been looking so good before they were dismissed. In such a big chase, in such a big match, you need one of them to bat deep into the innings. (Australian Media Criticises India)

You needed someone to bat like Steve Smith, who has emerged a bogey-man for India. He scored hundreds in each of the four Tests and now he has composed one in another big match. He really seems to enjoy batting against the Indians and he got good support from Aaron Finch. Late cameos from Shane Watson, Glenn Maxwell and Johnson too helped their cause. (India Outplayed by Better Team: Ganguly)

It was a hard defeat to digest, coming as it was on the back of seven successive wins and comprehensive ones at that. But that's the nature of the game, not every day can you be at your very best. In the end, the better team got through. (Dhoni Pokes Fun at Retirement Talks | Angry Fans Burn Team India Posters, Smash TV Sets After World Cup Exit)

Comments
Topics mentioned in this article
India Cricket Team Australia Cricket Team World Cup 2015 Javagal Srinath Shikhar Dhawan Rohit Sharma Cricket
Get the latest Cricket news, check out the India cricket schedule, Cricket live score . Like us on Facebook or follow us on Twitter for more sports updates. You can also download the NDTV Cricket app for Android or iOS.