It may well be the last World Cup for both veteran cricketers and therefore, Mahela Jayawardene and Kumar Sangkkara would look to take Sri Lanka to their second World Cup triumph. 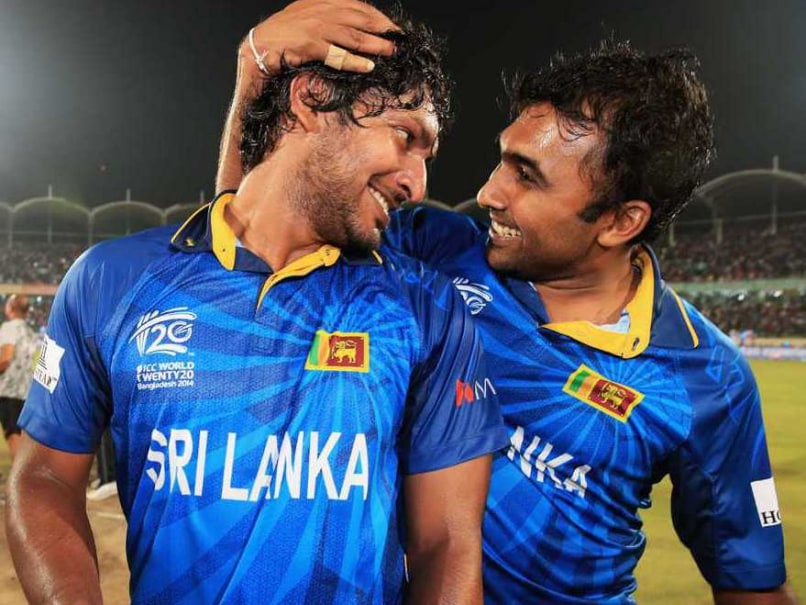 The missing link in the enduring partnership between the two 37-year-olds that started at the turn of the century is the absence of a World Cup triumph despite coming so near. (Also read: A million dollars await Sri Lankan team if it wins World Cup)

Jayawardene was captain when Sri Lanka reached the final of the 2007 World Cup in the Caribbean, only to see Australia cruise to a 53-run win in near-darkness in Barbados.

Four years later in India, Sangakkara was at the helm in the title clash when Mahendra Singh Dhoni's home team inflicted a six-wicket defeat despite a magnificent 103 off 88 balls by Jayawardene.

The two veterans, who go into the World Cup as the leading run-getters in one-day cricket among those still playing, took the setbacks in their stride and looked positively ahead at the future.

"We may not have won those two tournaments, but reaching two successive finals showed we played consistently well," said Jayawardene. "Hopefully we can cross the line this time."

Jayawardene will hang his boots after the World Cup, having already retired from Test and Twenty20 cricket last year to concentrate on his fifth appearance in the showpiece event.

Sangakkara will also bid farewell to limited-overs cricket after the World Cup, but remains undecided about prolonging his Test career after enjoying a tremendous run with the bat in recent months.

The World Cup gives both a last chance to bow out in a blaze of glory and, despite losing the one-day series in New Zealand, the signs are already encouraging that this could be Sri Lanka's year.

In Sangakkara and Jayawardene's final T20 appearance last April, Sri Lanka won the World Twenty20 in Bangladesh to end a drought of major titles since they took the World Cup in 1996.

Angelo Mathews' men won more one-dayers (20 out of 32) than any other team in 2014, including the Asia Cup title that also featured defending World Cup champions India and Pakistan.

Sri Lankans dominate the run-getters' list for the year gone by with left-handed Sangakkara leading the pack with 1,256 runs, followed by Mathews in second place with 1,244 and opener Tillakaratne Dilshan in fourth with 990.

Unorthodox spinner Ajantha Mendis topped the bowling charts with 38 wickets, but still failed to make the World Cup squad as the selectors went with left-armer Rangana Herath and off-spinner Sachithra Senanayake instead.

Sri Lanka will sweat over the fitness of pace spearhead Lasith Malinga, who was picked for the World Cup in a gamble by the selectors despite being sidelined following an ankle surgery in September.

The devastating sling-armer, 31, who is the only bowler in history to claim three hat-tricks in one-day internationals, did not play in the seven one-dayers in New Zealand last month.

Comments
Topics mentioned in this article
Sri Lanka Cricket Team Kumar Sangakkara Mahela Jayawardene World Cup 2015 Cricket
Get the latest updates on India vs South Africa and check out  Schedule, Results and Live Score. Like us on Facebook or follow us on Twitter for more sports updates. You can also download the NDTV Cricket app for Android or iOS.