Ajinkya Rahane, who has played 47 ODIs and 14 Tests, said that the batting technique remains the same irrespective of his slot and only flexibility of mind is required to make the adjustment. 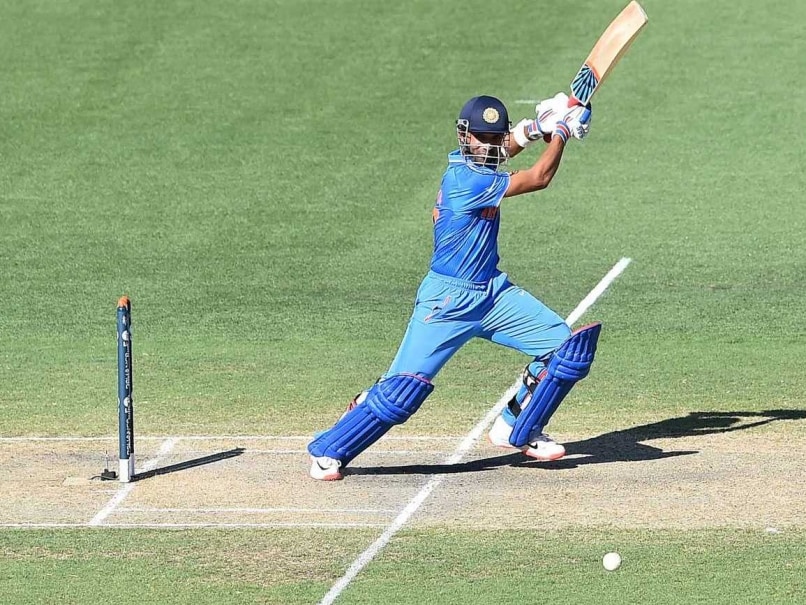 Rahane is not fussing over what position he bats during the World Cup© Getty Images
Melbourne:

He has taken guard in different positions and came at seven in India's latest World Cup victory against Pakistan but key batsman Ajinkya Rahane does not mind being shuffled in the batting order. (Full World Cup Coverage)

26-year-old Rahane, who has played 47 ODIs and 14 Tests, said that the batting technique remains the same irrespective of his slot and only flexibility of mind is required to make the adjustment.

"You need to be flexible and I am ready to bat at any number. You need to have an open mind. The technique remains the same irrespective of the number you are batting at. The mind needs to be flexible and positive to be able to bat anywhere," Rahane said. (Team India's Silence Irks Media)

"If the mind is positive then it automatically adapts to the situation. When I bat at no. 4 or 5 my mind immediately goes to strike rotations and scoring options according to the situations. I always have positive thoughts in my mind and speak to myself about it." (Raina Wants to Emulate Yuvraj's World Cup Exploits)

Playing in his first World Cup, Rahane said that he has been working on a range of shots as he aims to make a mark in the showpiece event. (Ian Chappell Sure India Can Vanquish Inconsistent South Africa)

"The boundaries here are wider and have a different angle and the inside-out shots work. I want to try different shots and play according to my strengths. If the opposition sets fields then I don't want to play in their hands. Instead I want to look at different scoring areas, thus opening up a range of other shots. You need to have umpteen shot making options to be successful," said Rahane, who has scored 1376 runs with two centuries in ODIs.

India scored a blank in the long tour of Australia before defeating Pakistan in the ongoing World Cup but Rahane said that the experience of the last two and a half months would come handy as the mega event progresses.

"We have been here for a long time now and we're playing good cricket at the moment. The experiences that we have had over the past few months here will help our mind to mould into the tournament. The challenge is to use those experiences and train the mind to get the desired results. Personally, I have learnt a lot on this tour and I am sure I will be able to learn a lot more in the future tours," said Rahane, who usually bats in the top-order.

Asked how the players kept themselves fresh in a such a long tour, Rahane said, "We are all professional players and you cannot complain about things like home sickness. If your mind gets wavered by such factors then it begins to affect your performance.

"I am only trying to relax my mind as much as I can and not get distracted from the ultimate goal. It is important to switch off from the game and for that I listen to music and read books to keep my mind fresh. Mental freshness is important to keep you going," he said.

Rahane is considered to be a batsman of Rahul Dravid mould and he admitted that he has been influenced a lot by the former India captain while playing for Rajasthan Royals in the IPL.

"I still have a long way to go. As a batsman, you need to think like a bowler and vice versa. If you can do that you can read the game better. It is an ability that I learnt with the Rajasthan Royals where I played under Shane Warne and Rahul Dravid.

"Warne always used to bring different ideas on the field and think about ways to get the batsmen out. Watching Dravid Sir play, I used to ask him about his thought process and he stressed on thinking not just as a batsmen but as a bowler as well. Having played under two different captains has helped my game," Rahane said.

Comments
Topics mentioned in this article
India Cricket Team South Africa Cricket Team Ajinkya Rahane World Cup 2015 World Cup Squad Cricket
Get the latest updates on IPL 2021, check out the IPL 2021 Schedule and Indian Premier League Live Score . Like us on Facebook or follow us on Twitter for more sports updates. You can also download the NDTV Cricket app for Android or iOS.