Having landed in Australia in the last week of November in 2014, India are yet to win an official match and it took a World Cup warm-up game against Afghanistan on Tuesday to taste their first success. 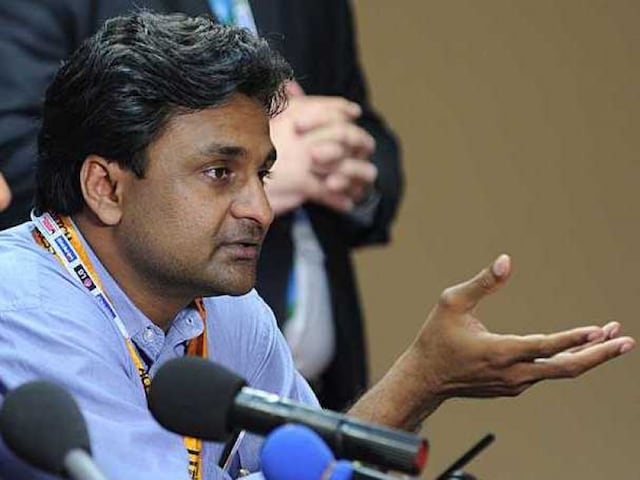 Defending champions India have the best batting line-up and they should not lose heart after a winless build-up to the World Cup, feels former speedster Javagal Srinath, who also urged the bowlers to make a difference in the mega-event. (Full World Cup Coverage)

"We've the best batting line-up in MS (Dhoni), Virat Kohli, Rohit Sharma and Shikhar Dhawan. They're all absolute match winners and big match players. It's a great line-up that we have," the cricketer-turned-match referee told PTI. (Tendulkar Confident India Will do Well in World Cup)

Having landed in Australia in the last week of November in 2014, India are yet to win an official match and it took a World Cup warm-up game against Afghanistan on Tuesday to taste their first success.

India lost the four-match Test series against Australia 0-2 and then crashed out of the tri-series also involving England without a win, but Srinath said the past results would count little. (Tendulkar Wants Batsmen to be Wary of Conditions Down Under)

"We must understand that it's a not a bilateral or a tri-series. Every match is like a final. It's a mega event, the whole world will be watching and irrespective of their performance, they would strive to do well. You've to do well on the given day," the three-time World Cupper said.

"All the top teams will see to get through to the quarters and semi-finals first. That will be the main target."

Prescribing a mantra for India's success in the event, Srinath, who was part of the Indian team in the 1992 World Cup in Australia, said Indian bowlers would have to make the difference.

Putting the onus on the under-fire Indian bowlers, the 45-year-old added, "If we've to win the World Cup, the bowlers will have to make the difference. We have to find our combination right, sooner the better. We need three fast bowlers to do the job."

With Pakistan first up, India could not have had a better start to the campaign as they have an all-win record against their historical rivals.

"Law of average always comes into consideration. But you can't always approach the match with that sort of attitude.

"Yes it does give a psychological edge but I'm sure India will get the best out of them taking on their arch-rivals first up," Srinath said.

He however did not want to rate any team or pick his favourite to win the quadrennial event.

"Every team will have equal opportunity, be it the teams who have not been doing well or the ones who're in form. World Cup is played with different mindset, so it will be an even playing platform for all the teams."

Comments
Topics mentioned in this article
Javagal Srinath India Cricket Team World Cup 2015 World Cup Schedule Cricket
Get the latest Cricket news, check out the India cricket schedule, Cricket live score . Like us on Facebook or follow us on Twitter for more sports updates. You can also download the NDTV Cricket app for Android or iOS.