Brendan Taylor has announced his retirement from international cricket and will play for Nottinghamshire in England. He departed the international scene with a hundred against India. 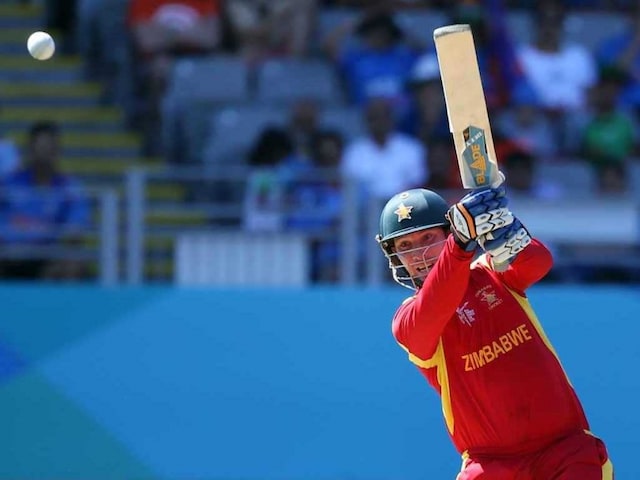 Zimbabwe captain Brendan Taylor departed international cricket on Saturday on a bittersweet note after scoring a wonderful century in a losing cause. (Match Report)

Taylor, a loyal servant of his troubled country on the international scene for 11 years, scored 138 in his team's final cricket World Cup group match against defending champions India at Eden Park.

But once again Zimbabwe fell short of setting a really challenging target and India completed an ultimately comfortable six-wicket victory. (Taylor Ready to Move on From Zimbabwe)

Taylor, 29, will now take up a three-year contract with Nottinghamshire in the English county championship and has said on Twitter that he has decided to retire from Zimbabwe cricket. "It was pretty tricky," he told a news conference. (Taylor Scripts Swansong with Century)

"They bowled really well and then it just sort of fell into place a little bit. I said to myself as I went out today just to enjoy the moment and not put myself under too much pressure. That just helped a little bit."

Taylor said he had been overwhelmed by the applause from a predominantly Indian crowd and the congratulations he had received from the India team after his dismissal.

He said Saturday's century, his second in a row in the tournament, had probably been his best one-day innings.

"But if you are not going to win then it doesn't feel so sweet," he said. "It was definitely up there but unfortunately it was in another losing cause.

"It's definitely a sense of sadness, a sense of disappointment. Sad in a way that I'm leaving my team mates, leaving my home country for a number of years.

"I guess life goes on and you are posed with different challenges and choices. But it's a positive one I've taken and I'm looking forward to it."

Comments
Topics mentioned in this article
Zimbabwe Cricket Team Brendan Taylor World Cup 2015 Cricket
Get the latest Cricket news, check out the India cricket schedule, Cricket live score . Like us on Facebook or follow us on Twitter for more sports updates. You can also download the NDTV Cricket app for Android or iOS.