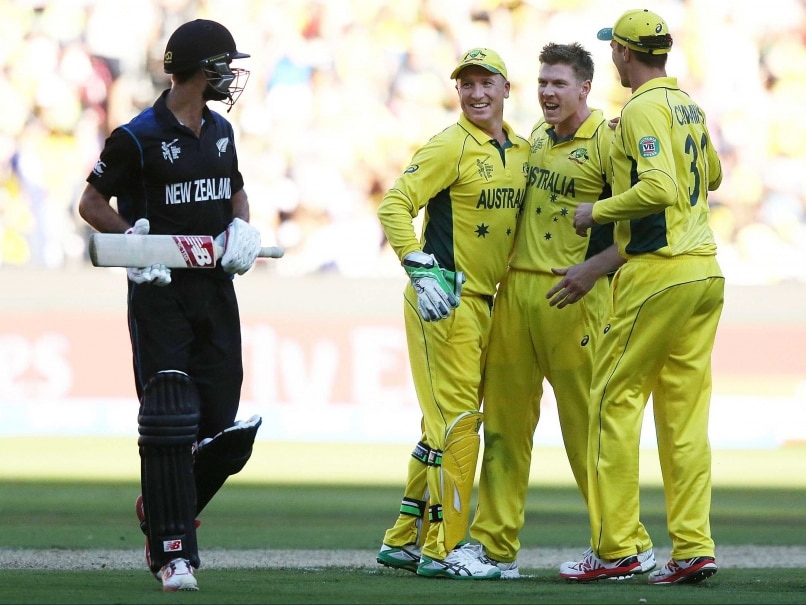 Australian wicketkeeper Brad Haddin's antics in the World Cup final against New Zealand has been panned by several quarters, but the 37-year-old livewire found support in his coach Darren Lehmann. Haddin had sent off three Kiwi batsmen and even initiated a short but sharp exchange with Brendon McCullum in the first over of the World Cup 2015 title clash at the Melbourne Cricket Ground.

Haddin had said he was "uncomfortable" with New Zealand's niceties in an earlier face-off in Auckland and revealed his desire to have a go at the Black Caps if they met again in the final.

"He (Haddin) has copped a bit, hasn't he?" Lehmann said on Adelaide radio station 5AA. "We like to play our game, no-one got reported out of the game, so we must have played it fair. It was a little bit disappointing, but people are entitled to their opinions and you're going to have good and bad times. You accept that and you move on. (Warne Slammed for 'Thirsty' Questions)

"We're happy with the way we played obviously. We knew we wanted to be really aggressive against them, and look, sometimes it works, sometimes it doesn't. (Faulkner Got his Clothes off in After-Party: Haddin)

"You're supposed to enjoy it, enjoy it in the right way and look after yourself and look after everyone else, that's the main thing. Everyone's entitled to their opinions."

Haddin had, a day after Australia's fifth World Cup triumph, defended his own actions and said it was always his intention to be aggressive on the field.

"You know what? They deserved it," Haddin said, "They were that nice to us in New Zealand and we were that uncomfortable. I'm not playing cricket like this. I'm not playing another one-day game, so they can suspend me for as long as they like."

Haddin announced his retirement from ODI cricket on Monday.

New Zealand skipper McCullum, who was the first to be sledged on Sunday, however, played it down and credited Australia for playing better on the day.

Comments
Topics mentioned in this article
Australia Cricket Team New Zealand Cricket Team Brad Haddin Darren Lehmann World Cup 2015 Cricket
Get the latest updates on IPL Auction 2023 and check out  IPL 2023 and Live Cricket Score. Like us on Facebook or follow us on Twitter for more sports updates. You can also download the NDTV Cricket app for Android or iOS.