Australia failed to progress past the group stage the last time the World Cup was held in Australia and New Zealand 23 years ago, missing out on a semi-final spot by just one point. 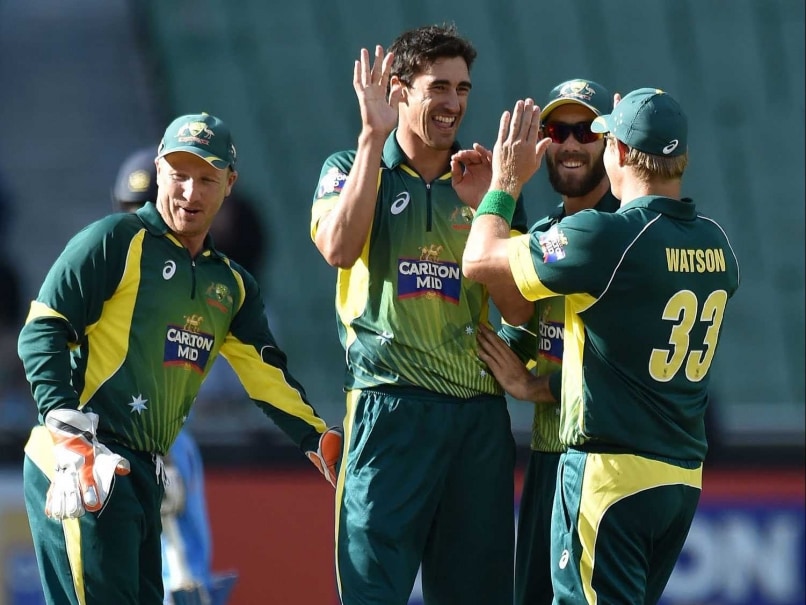 Former Australia opener and coach Geoff Marsh has said Australia's thorough preparation ahead of the ICC Cricket World Cup will help avoid a repeat of the shock exit his side suffered in 1992.

Australia failed to progress past the group stage the last time the World Cup was held in Australia and New Zealand 23 years ago, missing out on a semi-final spot by just one point.

But Marsh, who has been embedded with the squad since Friday, said the outfit under head coach Darren Lehmann won't suffer the same problems that hampered the 1992 team, despite the growing pressures of favouritism and home-field advantage.

"If you put yourself in that position where there is pressure, yes," Marsh was quoted as saying by Cricket Australia (CA) website.

"If you don't put yourself in those positions where there's pressure around and you're playing well, when you look at what this team's done, there's planning been in place for a long, long time," he said.

"They've done a lot of homework and when you know that, you head into a tournament feeling very good about yourself and I think this team is. The expectations are really high. But the planning has started a long time ago and they've talked about it."

Father of Test batsman Shaun and World Cup squad member Mitchell, Marsh said a fast start to the tournament is vital for progression.

Australia lost to co-hosts New Zealand and South Africa in their first two matches in 1992 and never recovered. But Marsh is confident the 15-man squad assembled by Lehmann and the National Selection Panel has the skill and knowledge to make it deep into the competition.

Marsh did taste World Cup glory seven years later, though as a coach not a player. In 1999, under the leadership of Steve Waugh, Australia went undefeated in their last seven games to hoist the trophy at Lord's.

Comments
Topics mentioned in this article
Australia Cricket Team World Cup 2015 Cricket
Get the latest updates on IPL 2021, IPL Points Table , IPL Schedule 2021 , live score . Like us on Facebook or follow us on Twitter for more sports updates. You can also download the NDTV Cricket app for Android or iOS.