Australia defeated New Zealand by seven wickets in the World Cup final to hold aloft the grand prize in front of a packed house at the historic Melbourne Cricket Ground (MCG). 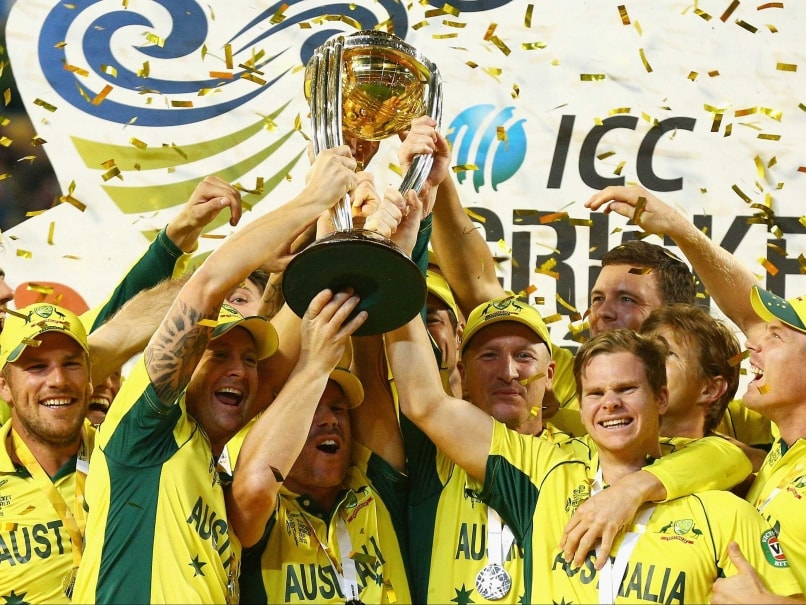 Australia on Sunday became only the second outfit to clinch the cricket World Cup trophy on home soil, and third ever to win as co-hosts.(Australia Win World Cup)

Australia defeated New Zealand by seven wickets in the final to hold aloft the grand prize in front of a packed house at the historic Melbourne Cricket Ground (MCG) here.

In 2011, India became the first team to win the coveted trophy in their own backyard and second to win it as co-hosts when they beat Sri Lanka in the last edition at the Wankhede Stadium in Mumbai. The other two countries hosting the event were Sri Lanka and Bangladesh.

In 1996, Sri Lanka laid their hands on the World Cup, a first for a co-host as they beat Australia at the Gaddafi Stadium in Lahore. The tournament was held in India, Sri Lanka and Pakistan.

Sponsored by Vuukle
Comments
Topics mentioned in this article
Australia Cricket Team World Cup 2015 Cricket
Get the latest updates on Fifa Worldcup 2022 and check out  Fifa World Cup Schedule, Stats and Live Cricket Score. Like us on Facebook or follow us on Twitter for more sports updates. You can also download the NDTV Cricket app for Android or iOS.