Pakistan will play arch-rivals and defending champions India in their first Group B match at Birmingham on June 4 followed by matches against South Africa (June 7 in Birmingham) and Sri Lanka (June 12 in Cardiff). 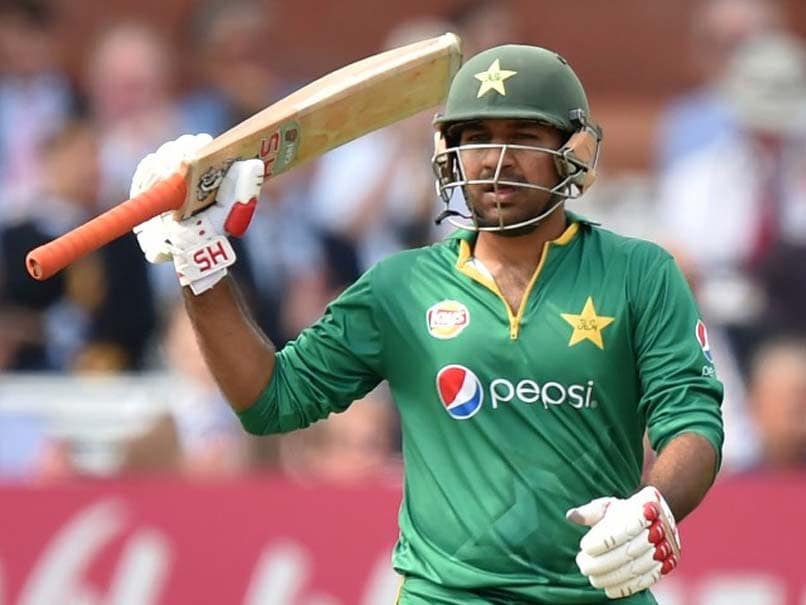 Sarfraz Ahmed will lead the Pakistan squad in the ICC Champions Trophy 2017.© AFP

Pakistan announced their squad for upcoming ICC Champions Trophy 2017 to be held in England. Kamran Akmal has been axed from the squad but his younger brother Umar has been recalled to the 15-member team for the One-day international tournament in June. Kamran, who was part of the Pakistan outfit that earlier this month beat the West Indies 2-1 in the three-match ODI series, managed scores of 47, 21 and zero. The four-member selection committee headed by former captain Inzamam-ul-Haq included Umar in the squad after being dropped for the West Indies series following failed fitness tests.

Besides Umar, former captain Azhar Ali has also been recalled to the team after his absence from the Pakistan squad for the West Indies series.

"Ali is making a comeback in the team after looking at his good track record in English conditions, while Umar also returns after considerable improvement in his fitness," said Inzamam.

Sarfraz Ahmed will lead the squad after replacing Ali as captain for the West Indies tour.

Pakistan will play arch-rivals and defending champions India in their first Group B match at Birmingham on June 4 followed by matches against South Africa (June 7 in Birmingham) and Sri Lanka (June 12 in Cardiff).

The top two teams from each group will qualify for the semi-finals.

Comments
Topics mentioned in this article
Pakistan Cricket Team Sarfraz Ahmed Umar Akmal Kamran Akmal Azhar Ali ICC Champions Trophy 2017 Cricket
Get the latest updates on ICC Women's Cricket World Cup 2022 and IPL 2022, check out the Schedule , Live Score and IPL Points Table. Like us on Facebook or follow us on Twitter for more sports updates. You can also download the NDTV Cricket app for Android or iOS.