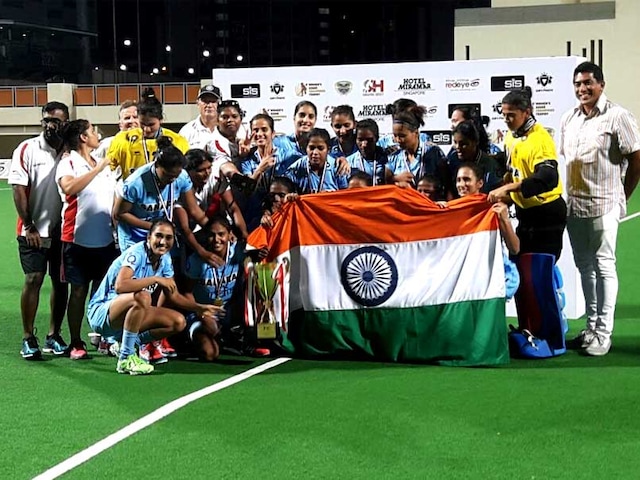 Forward Vandana Katariya will captain Indian senior women's hockey team in the Test Series against Australia to be played at Melbourne from November 23 to November 30.

Defender Sunita Lakra will be the vice-captain of the 18-member squad.

Rajani Etimarpu and Savita will continue to don the responsibility in front of the Indian goal while the backline will be under the watchful eyes of Deep Grace Ekka, Salima Tete, Rashmita Minz, Navdeep Kaur and Sunita Lakra.

The midfield too remains unchanged with in-form Rani, Deepika, Nikki Pradhan, Navjot Kaur, Monika and Karishma Yadav forming the base.

Upbeat and confident after the recent success at the fourth women's Asian Champions Trophy where they beat China in the final, the Indian eves are looking forward to make amends for the disappointing outing Down Under earlier this year prior to the Olympics.

"After the Olympics, the team is playing with a fresh perspective and attitude towards the game. The recent win in Singapore goes to show that the team is eager to do well against best of the teams in the world and would continue doing well against Australia in their home turf. This will give us a lot of confidence going forward in the new Olympic cycle," Vandana said in a statement.