India notched up a 3-2 victory in the Asian Champions Trophy hockey title encounter against Pakistan, who were defending the title they had won twice in succession 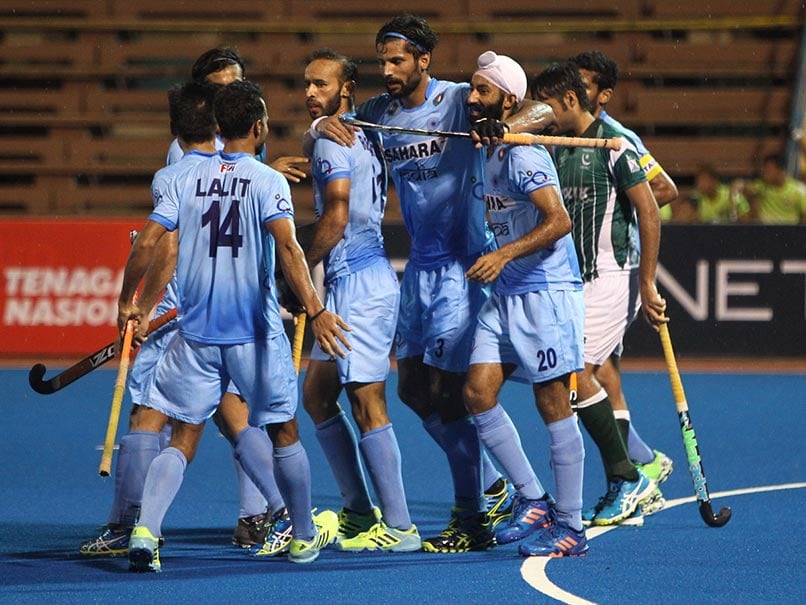 Chief hockey coach Roelant Oltmans has heaped praise on his boys and set his sights on bigger global titles after India reclaimed the Asian Champions Trophy by defeating arch-rivals Pakistan in an exciting final in Kuantan on Sunday.

India notched up a 3-2 victory in the title encounter against Pakistan, who were defending the title they had won twice in succession.

The title win last night presented a perfect Diwali gift to the nation as the countrymen were celebrating the 'Festival of Light'.

Oltmans said he had seen 20 India-Pakistan matches as a coach and knew the excitement of the sub-continental encounters.

"For the Indian players, there was no option other than winning the title here. We went in as the favorites and were the target of other teams, who faced no such pressure," said Oltmans.

"I'm really proud that the team showed its mental strength in the last quarter to clinch victory after we conceded two goals and allowed the opposition to come back into the contest.

"For India's hockey fans this is a major title win, but we have to go on and win bigger global events," Oltmans added.

India's most-experienced player Sardar Singh, who was adjudged most outstanding player of the final for marshalling the midfield and playing a pivotal role in two Indian field goals, said the team played in this manner after a long time.

"This trophy is the hockey team's Diwali gift to the nation," said Sardar, the former Indian captain and one of the players designated as team leaders.

"We reclaimed the Asian Champions Trophy by repeating our victory over Pakistan in the Asian Games final two years ago," said Sardar, adding that the pressure was on the Indians as they were now the continent's champions and were tipped to claim the title.

India played the final without its team skipper PR Sreejesh, who was ruled out due to a hamstring injury suffered during the semifinal against South Korea, which India won through the penalty shootout.

Sreejesh said he could feel the emotions of the players sitting on the sidelines.

"An India-Pakistan match is always special and this is a special victory," said Sreejesh.