The story of Abdul Samad from Bhopal is an inspirational one as he has overcome many difficulties in his path of playing national hockey for India. 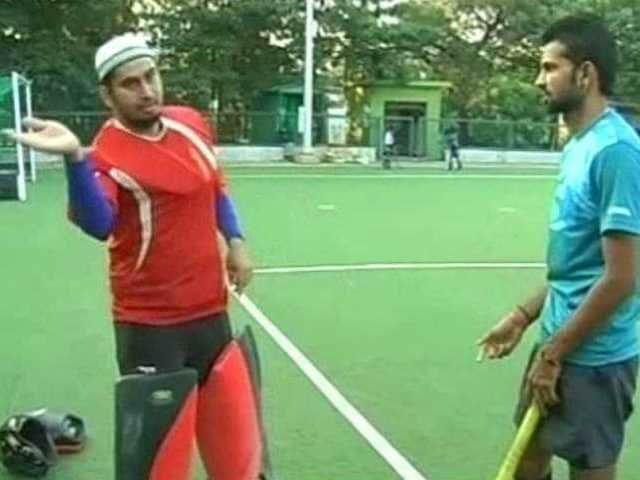 Abdul Samad hung in despite several difficulties, but he is proving to the 'Iqbal' of Indian Hockey.© NDTV

Abdul Samad may be hearing and speech impaired from birth but that did stop him from becoming a national level hockey player. In his home in Bhopal, there are shelves that showcase his sporting achievements. The hockey dream was not easy for 26-year-old Samad. He was initially ridiculed for wanting to play with normal players on the field. (Read more hockey stories here)

But, Samad was determined, he learned to read lips and also taught basic sign language signals to his team mates which made communication on the turf during matches easy.

With the help of his brother, Samad communicated, "When I first approached SAI for training and they said no. I felt terrible. I requested them to give me a chance. I proved myself and was selected. I dream to play for Team India and make the country proud like Iqbal did in the film."

Samad's father Abdul Wahab was also a national level hockey player himself, is his inspiration.

Â Wahab told NDTV, "When Abdul was a child he used to accompany me to the stadium for practices and gradually grew fond of the game and started playing. Initially, I felt he cannot speak or hear so how will he communicate on the field? So then we started training him to be a goalkeeper."

Â Samad's coaches are impressed by his skills and are confident that he will shine.

Samad's chief coach and former Olympian Ashok Dhyanchand "In my 50 years of hockey career, I have never heard or seen a hockey player who cannot speak and hear play at the national level. At the time of national tournament his name was also proposed for a place in Team India but may be because of his disability he was not selected."

Samad practises daily and is working towards his dreams.But he is also worried that he has no job. His father will retire soon and he wants to help support his family. He wants to be self reliant and then without any worries train to become part of hockey team India.