Jim Herman added a third US PGA Tour title to those he won at the 2016 Houston Open and 2019 Barbasol Championship. 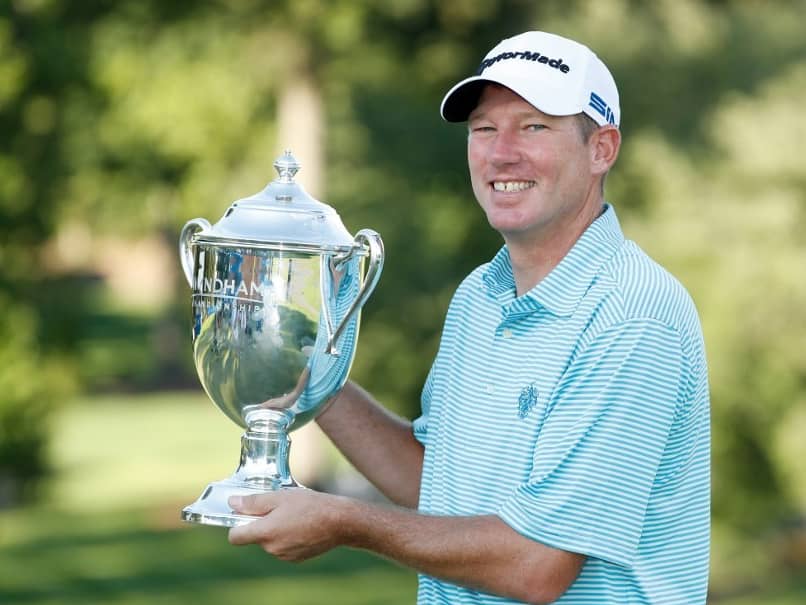 Jim Herman fired an eagle and seven birdies in a seven-under par 63 to win the Wyndham Championship.© AFP

Jim Herman fired an eagle and seven birdies in a seven-under par 63 on Sunday to capture his third US PGA Tour title at the Wyndham Championship in Greensboro, North Carolina. Herman followed up his career-low round of 61 with another sparkling effort at Sedgefield Country Club, where his 21-under par total of 259 gave him a one-stroke triumph over former FedEx Cup champion Billy Horschel. The win in the final regular-season event before the US tour's playoffs begin also vaulted Herman from 192nd -- outside the playoff field -- to 54th in the FedEx Cup standings.

That gets him into the 125-man Northern Trust at TPC Boston next week with room to spare.

"Oh my gosh, obviously (I'm) ecstatic," said the 42-year-old Herman, his voice breaking. "It's tough to put into words what this means."

Herman picked up where he left off on Saturday with 29-foot birdie putt at the first, followed by a tap-in birdie at the fourth and a 60-foot eagle putt at the fifth.

After his lone bogey at the sixth, he rolled in a 14-foot birdie at the 14th and a five-footer at 13. Another birdie at the par-five 15th moved him to 20-under.

But Horschel, who also eagled the fifth, rolled in his fifth birdie of the day at the 15th to reach 21-under.

Herman seized the lead with a three-foot birdie at the 17th as Horschel bogeyed 16.

Horschel had birdie looks of 12 and nine feet at the last two holes but couldn't get either putt to drop.

Herman added a third title to those he won at the 2016 Houston Open and 2019 Barbasol Championship.

But he certainly didn't see a victory coming after a tough weekend at the PGA Championship at Harding Park last week -- nor after he needed to birdie three of his last four holes at Sedgefield on Friday just to make the cut.

"I came here with no expectations, pretty much," said Herman, who had missed the cut in eight of his last 11 starts.

"After four holes I had missed every fairway," he added, saying he told his caddie it looked like being a short week.

"It just shows that in golf anything is possible," Herman said. "If you get your attitude right and make a few putts, anything can happen."

Horschel, who out-dueled Rory McIlroy to win the 2014 Tour Championship and claim that year's FedEx Cup title, was chasing a sixth career crown.

"It's a little disappointing," the 33-year-old said. "I had two good looks on the last two holes -- I thought I would make one of them."

Overnight leader Kim Si-woo of South Korea, who was seeking a third tour title after he won the 2016 Wyndham and the 2017 Players Championship, carded an even par 70 to share third on 262 with Americans Kevin Kisner, Webb Simpson and Doc Redman.

Comments
Topics mentioned in this article
Jim Herman Billy Horschel Golf
Get the latest updates on IPL 2021, IPL Points Table , IPL Schedule 2021 , live score . Like us on Facebook or follow us on Twitter for more sports updates. You can also download the NDTV Cricket app for Android or iOS.