Known as the "Peacock of the Fairways," Doug Sanders was one of the most colourful personalities on the PGA Tour, capturing 20 titles including the 1956 Canadian Open. 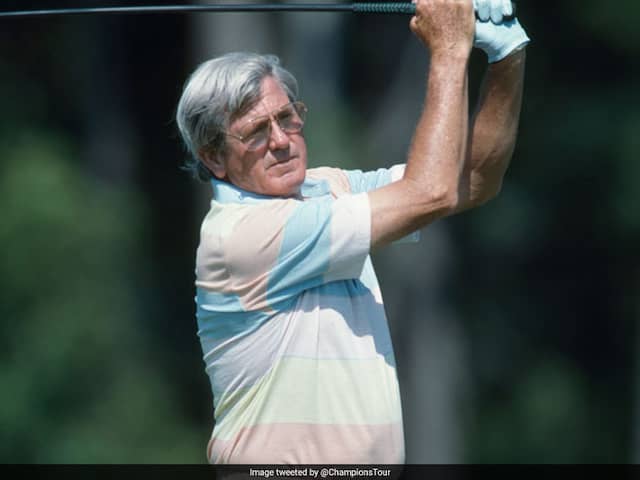 Doug Sanders has died of natural causes. He was 86.© PGA Tour/Twitter

Doug Sanders, who missed one of the most heartbreaking potential winning putts in British Open history, has died of natural causes. He was 86. Known as the "Peacock of the Fairways," Sanders was one of the most colourful personalities on the PGA Tour, capturing 20 titles including the 1956 Canadian Open. He had four runner-up finishes in majors with the 1970 Open Championship engrained in most golf fans minds. When he reached the final green, he needed a three-foot putt to beat Jack Nicklaus. But he missed, sending the tournament to an 18-hole playoff the next day where Nicklaus made a putt on the final hole to beat him.

"I missed a 30-inch putt on the last green that would have won the 1970 British Open. It's all anybody wants to talk about," Sanders said.

"I won 20 times on the PGA Tour, and if you gave me one birdie, four pars and a bogey wherever I could put them, I'd have five majors.

"But it's that putt (at St. Andrews) that everybody remembers. What can I say? It's what I remember most, too."

Sanders likewise finished a stroke behind Bob Rosburg in the 1959 PGA Championship at Minneapolis Golf Club; a stroke back of Gene Littler at the 1961 US Open at Oakland Hills, and one short of Nicklaus in the 1966 Open at Muirfield.

He also had the third-round lead at the 1960 PGA Championship but finished two back of winner Jay Herbert.

Esquire magazine once chose Sanders as one of America's "Ten Best Dressed Jocks."

He liked to say the two most frequent questions on tour were, "What did Arnold Palmer shoot?" and "What's Doug Sanders wearing?"

The Cedartown, Georgia native bragged that he owned over 300 pairs of shoes. "Clothes make the man," Sanders said.

Sanders also played in 218 events on the senior Champions Tour and hosted his own tournament, the Doug Sanders Celebrity Classic.