The US PGA Tour has called off The Players Championship, Valspar Championship, the WGC Match-Play, the Texas Open in San Antonio and the Corales Puntacana Resort Championship in the Dominican Republic in the coming weeks. 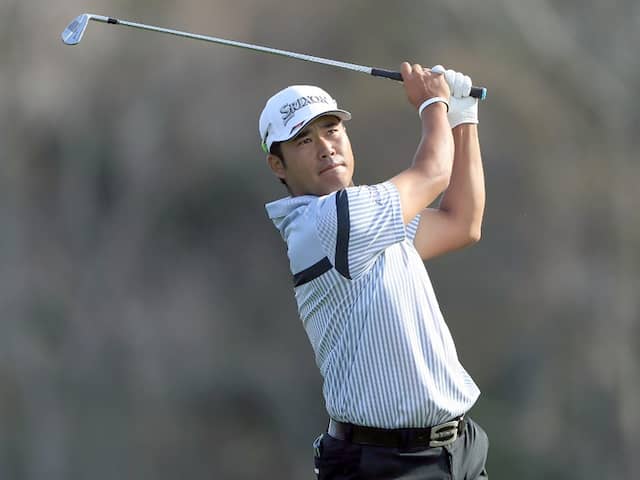 Hideki Matsuyama shot a sparkling 63 in the first round of The Players Championship.© AFP

The US PGA Tour has changed course and called off The Players Championship after just one round, the first in a string of several weeks of cancellations because of the new coronavirus pandemic. "It is with regret that we are announcing the cancellation of The Players Championship," a Tour spokesman said in a statement on Thursday night, adding to a list of major US sporting events on hold because of the global outbreak. The players were reportedly told via text that the event was being scrubbed due to a "rapidly changing situation."

The tour also announced it was canceling the Valspar Championship, the WGC Match-Play, the Texas Open in San Antonio and the Corales Puntacana Resort Championship in the Dominican Republic in the coming weeks.

The Valero Texas Open would have concluded on April 5, on the eve of the first practice round at Augusta National for the Masters which begins on April 8 and is still going ahead.

The tour had earlier decided to continue with the Players while barring fans, announcing the same plans for most tournaments in the coming weeks.

But as concerns mounted over the burgeoning number of coronavirus cases in the United States, officials changed their minds.

"We have pledged from the start to be responsible, thoughtful and transparent with our decision process," the spokesman said.

"We did everything possible to create a safe environment for our players in order to continue the event throughout the weekend, and we were endeavoring to give our fans a much-needed respite from the current climate.

"But at this point -- and as the situation continues to rapidly change -- the right thing to do for our players and our fans is to pause."

One player who might have mixed feelings about the news is Hideki Matsuyama of Japan who shot a sparkling 63 in his opening round.

The decision to scrap three weeks of play comes less than a day after the Tour said competitions would go head, but without the fans.

Tour commissioner Jay Monahan said earlier Thursday that he spoke with US President Donald Trump as well as Florida state officials regarding the tour's future plans.

"The health and safety of our players, employees, partners, volunteers, fans and everybody associated with the PGA Tour is our top priority," Monahan said.

Taiwan's CT Pan was the first to withdraw from the Players on Thursday even before organizers pulled the plug.

He tweeted a dig at the event's coronavirus prevention measures that he later deleted. Pan confirmed he pulled out because of his concerns over the deadly illness.

"I chose to withdraw from the Players Championship because my wife and I want to protect ourselves from the risk of exposure to the coronavirus," Pan tweeted. "We are fine and our families are fine.

"Our lifestyle is like a circus, traveling from one place to another. We believe this is a time to exercise caution by not playing this week."

Matsuyama sank a 25-foot eagle putt on the ninth hole, the final hole he played, to become the ninth player to grab a share of the TPC Sawgrass course record.

The Japanese star also made eight birdies against a lone bogey when he found the water at 16.

Golfers teed off Thursday with fans in the gallery kept at a distance and banned from seeking autographs.

"We are tracking and monitoring the health information provided by the Centers for Disease Control and World Health Organization in addition to the travel advisories provided by the US State Department," Monahan said.

"Both the White House and the Governor's office have been and are supportive of the precautionary measures we have taken to this point."