Coronavirus: Foam In Hole And Toilet Paper For Prizes, US Golfers Play On

Despite the coronavirus pandemic, a US third-level women's golf tour is playing through, aided by a ruling declaring Arizona courses as essential businesses. 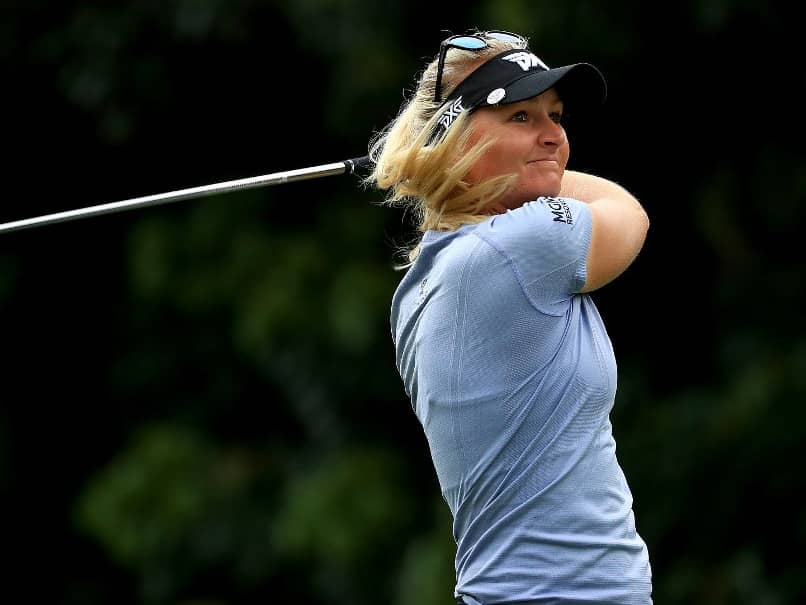 Two weeks ago, it was 2-time major winner Anna Nordqvist of Sweden who won a $2,000 top prize at Phoenix.© AFP

While most global sport has shut down over the coronavirus pandemic, a US third-level women's golf tour is playing through, aided by a ruling declaring Arizona courses as essential businesses - and where a winner's prize recently included a toilet roll. The Cactus Tour will stage its 12th 54-hole event of the year, and third since major US sports league went silent, starting Tuesday at Sun City Country Club in Arizona. There are precautions to allow for safety and cut the chances of spreading or contracting the deadly coronavirus, with players only in pairs to help follow distancing guidelines.

And while last week's top prize was only $2,800, it brought winner Sarah Burnham an even more prized treasure seldom seen on store shelves these days.

"They gave some toilet paper," Burnham told the Detroit News. "He was like, 'Here's a little extra prize for the winner.'"

She described the atmosphere to the newspaper, such as no rakes in bunkers and players leaving flagsticks in cups, which were partly filled with pieces of pool noodles -- children's foam floating swim toys -- so players could more easily reclaim their ball.

"We practiced all the social distancing guidelines and stuff like that," Burnham said. "It's not like a huge group."

Burnham had played one event of her second LPGA season in Australia when the campaign shut down. It's not set to return until May 14 with no assurance that date will hold given the growing healthcare crisis.

Two weeks ago, it was two-time major winner Anna Nordqvist of Sweden who won a $2,000 top prize at Phoenix, beating compatriot Lisa Pettersson on the second playoff hole.

What has helped Brown continue while the LPGA and its top developmental tour have shut down is a decision by Arizona Governor Doug Ducey to classify golf courses as "essential" business to remain open while many others are closed due to the coronavirus.

There has been criticism but players are happy to have the chance to compete.

"I couldn't be more pleased with the feedback from the girls, which is all I care about," Cactus Tour owner Mike Brown told Golfweek.