"Was Unlucky" To Test Positive For Coronaviorus Despite Extreme Precautions: Sergio Perez

Sergio Perez tested negative for COVID-19 on Thursday and was permitted to re-enter the Formula One paddock and return to his for this weekend's Spanish Grand Prix. 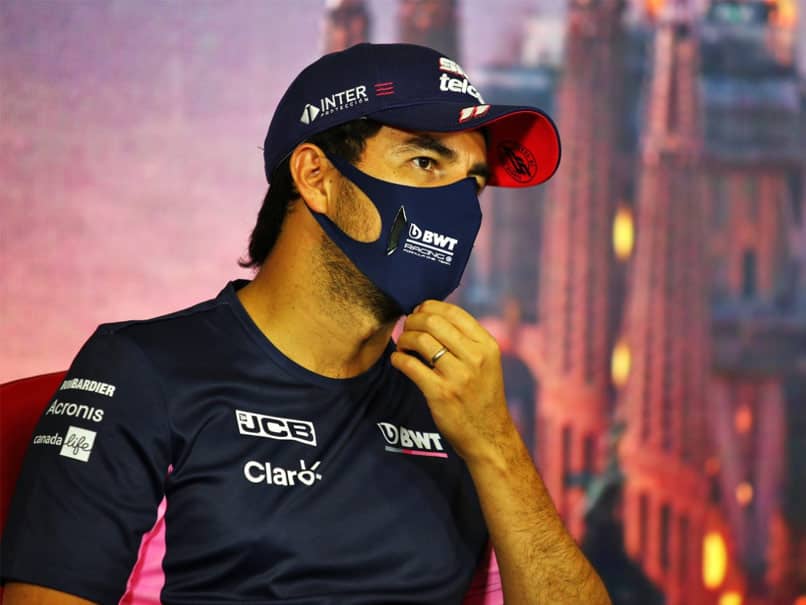 Sergio Perez on Thursday defended his decision to fly home to Mexico after last month's Hungarian Grand Prix, a trip that preceded him testing positive for coronavirus on his return. The Racing Point driver missed both the British and 70th Anniversary Grands Prix, his seat being taken by late stand-in Nico Hulkenberg. "I put everything out on a video," he said. "Where I went, any place I visited and anything I did after Hungary. Everything was done with extreme precautions, within very extreme lines.

"I was well aware what was going on. I think I was just unlucky. I haven't done anything different to the rest of the paddock.

Perez tested negative for COVID-19 on Thursday and was permitted to re-enter the Formula One paddock and return to his for this weekend's Spanish Grand Prix.

He said he had flown home to visit his mother in hospital after she was hurt in an accident.

He stayed only two days in Mexico, one of the Latin American hotspots for the coronavirus.

Perez has recovered from Covid-19 without suffering any symptoms and said he has no plans to change his lifestyle habits.

"To be honest, before that, we were already so conservative and took so many precautions that nothing really changes -- whether you are positive or negative.

"The procedures are very, very similar, so the amount of precautions that we take have been already in place, there's nothing really more or to do differently than what I've done and what we're doing already."