Sergio Perez is the first driver to test positive for the coronavirus since the F1 world championship made its delayed start in Austria earlier in July under strict health protocols. 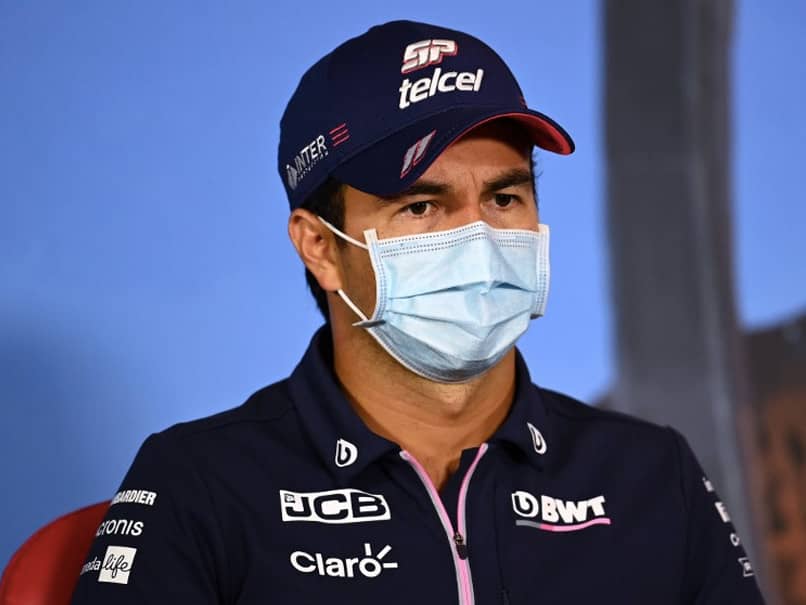 Sergio Perez has tested positive for coronavirus and ruled out of this weekend's British GP.© AFP

Sergio Perez on Thursday became the first Formula One driver since the start of the season to test positive for coronavirus and was ruled out of this weekend's British Grand Prix. Organisers, however, insisted that Sunday's race will still go ahead as the incident "will have no wider impact on the event". "Following the announcement that Sergio has tested positive for COVID-19 at the Silverstone Circuit ahead of the British Grand Prix, the team regrets to announce that he will be unable to participate in this weekend's race," said Perez's Racing Point team in a statement.

The 30-year-old Mexican is the first driver to test positive for the virus since the world championship made its delayed start in Austria earlier in July under strict health protocols.

"Sergio is physically well and in good spirits, but he will continue to self-isolate under the guidelines of the relevant public health authorities, with safety the ultimate priority for the team and the sport," added his team.

It is possible that Britain's quarantine rules mean Perez will miss the fifth round of the championship, also at Silverstone, next weekend.

Perez will likely be replaced by either fellow-Mexican Esteban Gutierrez or Belgian Stoffel Vandoorne for Sunday's race, the fourth round of this season's truncated calendar.

However, some media reports suggested that German veteran Nico Hulkenberg, who lost his seat with Renault last year, may be drafted in.

He was absent from official media activities as he awaited the outcome of a second test.

Formula One has a strict protocol for all involved at a grand prix with personnel tested before each event and every five days.

Until Thursday, there had been only two positive results, both of which were for local set-up staff.

Racing Point said that Perez had not returned to Mexico since the Hungarian Grand Prix 10 days earlier.

"Perez has entered self-quarantine in accordance with the instructions of the relevant public health authorities, and will continue to follow the procedure mandated by those authorities," read a statement issued by Formula 1 and the FIA.

"With assistance of the local organiser of the British Grand Prix, local health authorities and the FIA COVID-19 delegate, a full track and trace initiative has been undertaken and all close contacts have been quarantined.

"The procedures set out by the FIA and Formula 1 have provided for swift containment of an incident that will have no wider impact on this weekend's event."

Speaking before the Covid-19 delayed season began in Austria, Formula One chairman and chief executive Chase Carey said the sport would not cancel an event if a driver returned a positive test.

"We encourage teams to have procedures in place so if an individual has to go into quarantine, we have the ability to quarantine them at a hotel and then to replace that individual," he said.

Perez, who made his F1 debut in 2011, is sixth in the 20-driver championship this season after three rounds.

All three races so far -- back-to-back events in Austria followed by the Hungarian Grand Prix -- have taken place behind closed doors.

Perez had started each of the last 122 races since his absence from the Malaysian Grand Prix in 2014.

The 2020 season should have started in Melbourne in March but the race was cancelled after McLaren withdrew when one of their team members tested positive for the coronavirus.

Sergio Perez British Grand Prix
Get the latest updates on IPL 2020, check out the IPL Schedule for 2020 and Indian Premier League (IPL) Cricket live score . Like us on Facebook or follow us on Twitter for more sports updates. You can also download the NDTV Cricket app for Android or iOS.