Show Me Respect! Lewis Hamilton Hits Back After Being Compared To Jesus

At German Grand Prix, the Briton delivered a masterclass in the wet conditions in his Mercedes to win from 14th on the grid as many, including fellow four-time world champion Sebastian Vettel of Ferrari, slithered off the track. 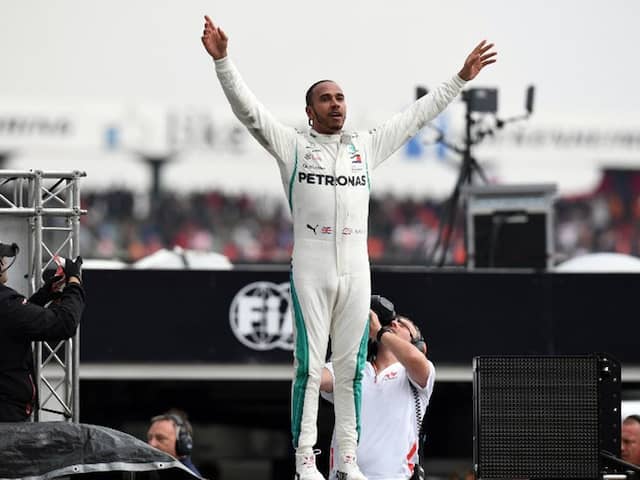 Hamilton accused his critics of being disrespectful and even found himself being compared to Jesus.© AFP

Championship leader Lewis Hamilton came out fighting on Thursday after a week in which he accused his critics of being disrespectful and even found himself being compared to Jesus! Talking to reporters ahead of this weekend's Hungarian Grand Prix, which he has won a record five times, the defending world champion suggested he sometimes deserves more praise, notably as demonstrated in last Sunday's rain-hit German Grand Prix.

In that race, the Briton delivered a masterclass in the wet conditions in his Mercedes to win from 14th on the grid as many, including fellow four-time world champion Sebastian Vettel of Ferrari, slithered off the track.

When he watched on television that evening, however, Hamilton was astonished by the lack of praise forthcoming from former F1 drivers, working as pundits, and explanations, as he raced to a success that leap-frogged him from eight points adrift to 17 ahead of Vettel in the championship.

"I watched a race that felt so great in my heart on the track, but there were certain things that were not being perceived that way," he said.

"There was a point where I was three seconds a lap quicker than the other drivers. The difference that I was making in the car and the different lines I was choosing were not explained."

"I took the post down because it was (written) in the middle, or towards the end, and then there were good comments from some of the ex-drivers. They have a tough job to report what is going on in the race."

Meanwhile, 1997 world champion Jacques Villeneuve has made the bizarre claim that Hamilton appears to believe he is Jesus.

"He confuses Formula One with Hollywood," the Canadian racer, now a pundit with Sky Italia, told German magazine Auto Bild.

"Everything he does is staged. He portrays himself on social media like he is Jesus

"The way he knelt next to his car after his problem in qualifying (in Germany) looked like the suffering of Christ. And what he said afterwards was the Sermon on the Mount.

"Then he gestured so dramatically on the podium that everyone could see who sent the sudden rain."