Vettel said that following Germany's early exit from the FIFA World Cup, many fans would still have their flags available to bring to the circuit to support him and Hulkenberg. 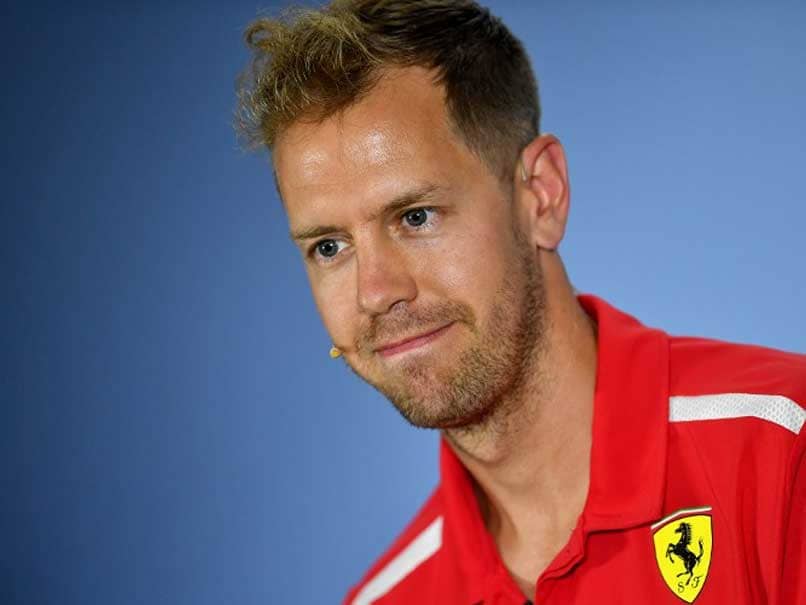 Sebastian Vettel said Thursday he is more concerned with trying to win his home German Grand Prix than giving any consideration to rival Lewis Hamilton's blockbuster two-year contract extension. Speaking ahead of this weekend's race the Ferrari driver he had been surprised by how long it had taken Hamilton and Mercedes to agree the deal. "Congrats," said the world championship leader. "I have my place and I have my mission and what I want to achieve and, in all honesty, that's all that matters to me."

Hamilton's new deal is worth a reported 163;40 million euros ($52 million) per year, cementing his position as the Formula One's highest paid driver and his country's top-earning sportsman.

The announcement, ahead of Mercedes 'home' race, followed months of speculation and has tied the 33-year-old Englishman to the German manufacturer until the end of 2020.

Vettel, who has never won a German Grand Prix at Hockenheim, which is the circuit closest to his Heppenheim birthplace and family home, said a win on Sunday would be worth more to him than 25 points.

"Yes, absolutely," he enthused. "This is probably the last time for a while as far as I understand, which would be a shame - to lose one of the classic races.

"I'm literally from here. It's just half an hour away where I was born and grew up. The area certainly means a lot to me and it will be great to have a good weekend."

He added that following Germany's early exit from the FIFA World Cup, many fans would still have their flags available to bring to the circuit to support him and Hulkenberg.

"Other nations are prepared to pay money, to fund the Grand Prix," he said. "I think that's where the main problem is -- Germany's not ready to spend money on having the race to advertise F1, advertise racing, advertise Germany to attract people coming here...."

Vettel added that it was a pity for a car-manufacturing nation with such a prestigious heritage in motor sport to lose its Grand Prix.

No hurry for Leclerc

Vettel is in no hurry to see Ferrari usher Formula One's rising star Charles Leclerc in alongside him as a replacement for Kimi Raikkonen.

"I would be happy to continue like that, but it is not for me to mention, or to decide...

"I think Charles, one way or the other, will have a great career. He is a great guy, he is fast and he has everything.

"He has no rush. He is young, but if you are young you are always in a rush with everything...

"I like Kimi. We get along and we have never had any issues. Sometimes, on track, I remember I drove into him and crashed, but the way we handle things is very similar and very straightforward."

Monegasque Leclerc, who has impressed with a series of good drives for Sauber, said he was flattered by the stories linking him with Ferrari, but remained committed to the Swiss team.

Lewis Hamilton Hockenheim German Grand Prix Formula 1
Get the latest updates on IPL 2020, check out the IPL Schedule for 2020 and Indian Premier League (IPL) Cricket live score . Like us on Facebook or follow us on Twitter for more sports updates. You can also download the NDTV Cricket app for Android or iOS.