Sebastian Vettel clocked a best lap of one minute and 16.170 seconds to wind up narrowly ahead of Valtteri Bottas and Kimi Raikkonen. 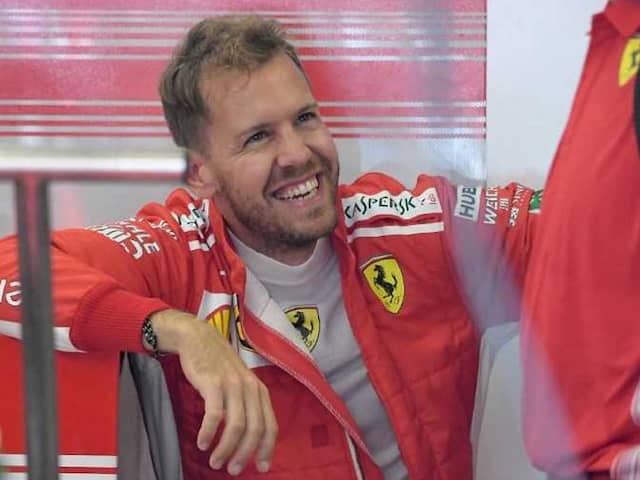 Sebastian Vettel clocked a best lap of one minute and 16.170 seconds.© AFP

Sebastian Vettel enjoyed a dominant third and final practice in blistering heat on Saturday ahead of the Hungarian Grand Prix. The Ferrari driver, who crashed out of last weekend's German Grand Prix while leading, clocked a best lap of one minute and 16.170 seconds to wind up narrowly ahead of Valtteri Bottas of Mercedes by 0.059 seconds and his Ferrari team-mate Kimi Raikkonen. Championship leader Lewis Hamilton was fourth in the second Mercedes behind the two Finns, but ahead of the two Red Bulls of Daniel Ricciardo and Max Verstappen.

Carlos Sainz was seventh ahead of his Renault team-mate Nico Hulkenberg with two Frenchmen Romain Grosjean and Pierre Gasly ninth and tenth for Haas and Toro Rosso.

On another sweltering morning at the Hungaroring, where the track temperature was 58 degrees Celsius and the air 32, Ferrari were swift to set the pace with Raikkonen leading the way.

Bottas then took the initiative followed by Vettel, who trimmed the best time by six-tenths after only 15 minutes. He and Bottas then swapped best laps while Hamilton struggled for grip.

Both Hamilton and Bottas had spins at the chicane, the Finn sliding up to the barriers, which he touched with making a heavy impact. When Mercedes advised Hamilton of Vettel's lap times, he said: "I just don't have that grip."

The high track temperatures reduced the grip of the tires, notably the ultra-softs, with Mercedes having the most severe problems despite overnight efforts to find a solution.

Both Force India cars took part in the session following Friday evening's decision at the High Court in London to put the team into administration. Frenchman Esteban Ocon was 15th and Mexican Sergio Perez 19th.