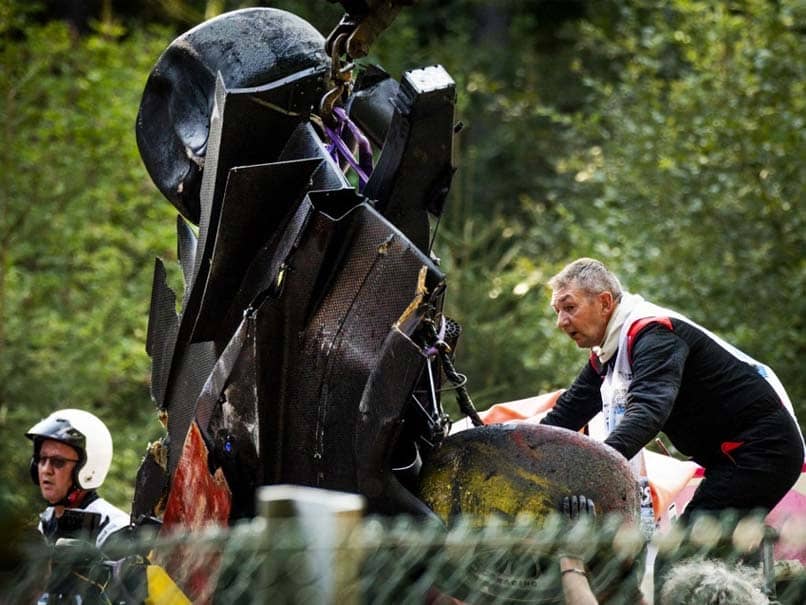 Motor racing prospect Anthoine Hubert was killed on Saturday by a horrific high-speed crash just minutes into the Formula Two race held before this weekend's F1 Belgian Grand Prix, the FIA announced. Hubert, who was considered a serious talent by Renault's F1 set up, died aged 22 following a three-car pile-up also involving Juan Manuel Correa and Giuliano Alesi at the exit of the Raidillon corner, one of the fastest sections of the quick Spa-Francorchamps track. Tributes poured in for Hubert, with a "devastated" Formula One saying that "He will never be forgotten" and Lewis Hamilton hailing the Frenchman as a "hero".

"This is devastating. God rest your soul Anthoine. My prayers and thoughts are with you and your family today," the reigning five-time F1 world champion said on Instagram.

"If a single one of you watching and enjoying this sport think for a second what we do is safe your hugely mistaken. All these drivers put their life on the line when they hit the track and people need to appreciate that in a serious way because it is not appreciated enough.

"Not from the fans nor some of the people actually working in the sport. Anthoine is a hero as far as I'm concerned, for taking the risk he did to chase his dreams ... Rest in peace brother."

Red Bull's Max Verstappen wrote on Twitter: Absolutely shocked by the tragic accident of Anthoine Hubert. Terrible. My thoughts are with him and his family, friends, team and loved ones."

In a statement, the FIA said that BWT Arden driver Hubert died at 6:35pm local time (1635 GMT), while Correa is in a "stable condition" at the CHU hospital in Liege after suffering leg fractures in the crash.

Hubert was a Renault F1 junior and the reigning GP3 series champion, and his strong performance in junior categories had earned him full backing from Renault, who were preparing him for a big future.

He had won twice in the F2 championship this season, at the French and Monaco Grand Prix meetings.

His death came after he hit a wall at Raidillon and smashed into Correa at high speed, flipping the American's Sauber junior team car upside down and shattering Hubert's vehicle, the main monocoque separating from the rear.

The impact was so severe that Correa's feet were left exposed as the nose cone of his car was destroyed and he was trapped in the cockpit.