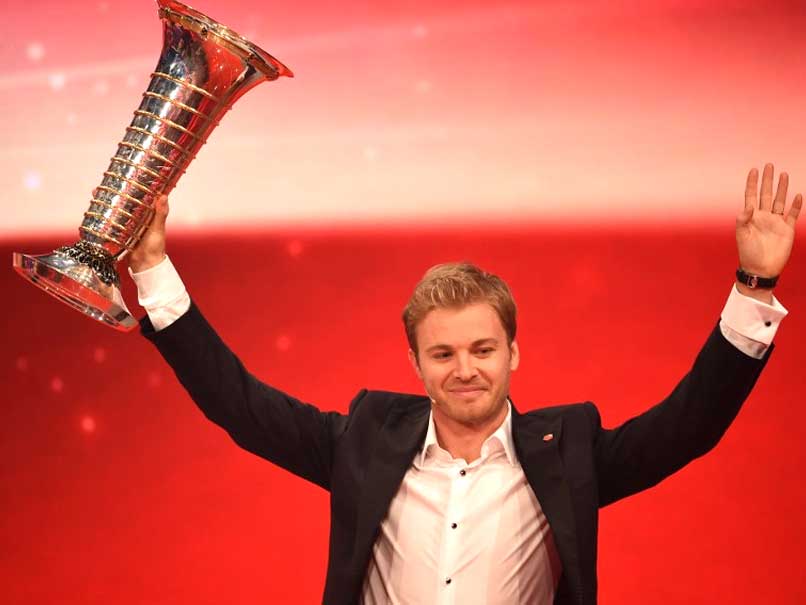 Formula one world champion Nico Rosberg was looking forward to a quiet Christmas on Saturday before plotting his next bid for the big time ... as an action hero movie star.

"I'd really like that," the blond and photogenic 31-year-old German told AFP when he revealed his dream of an acting career.

"I know some German actors. Perhaps one day, that would be nice. I have some experience because when you are a racing driver, you have to do a lot of filmed commercials.

"An action hero...that would make me very happy!"

Since then, his timetable has been filled by promotional obligations, including Saturday's function with German insurance giants Allianz in Nice, which will end in time for Christmas.

"The first true moment of free time will be at Christmas, I'm really excited about it. I will be with my wife, my little girl, we'll be in Ibiza with a Christmas tree and enjoy a typical turkey dinner," said Rosberg.

"Then I'm going to look for projects where I can use my competitiveness, but we will see in the new year."

Rosberg insisted that he has no regrets about calling time on his career, a decision which left fans disappointed that there would be no further instalments in his fiery relationship with Mercedes teammate Lewis Hamilton.

"I am aware that the majority of people support my decision. There'll always be people who think otherwise," said Rosberg.

"But everyone has a choice, everyone has their road. I had a great career and succeeded at what I wanted to be successful at. I also know that some were disappointed because the battle with Lewis was beautiful.

"To those people, I want to say -- look at the last three years and cherish the fantastic memories. That's what I'm going to do.

"It was an incredible time and I am proud to have been involved, to have defeated Lewis and become a world champion. But that's now passed. I made it and now go on to other things.

"For example, I want to spend more time with my family. My little girl, Alaia, is a year and a half and that only happens once."

Rosberg added that the finale of the season was one of the most intense periods in his life and career.

The final race in Abu Dhabi, which was won by Hamilton, encapsulated their rivalry especially with the Briton going on to face accusations that he deliberately backed up Rosberg into the chasing pack in a desperate attempt to thwart the German's title dreams.

"The toughest thing was mentally. There were a lot of sacrifices and as the championship got closer, the pressure was monstrous," explained Rosberg whose father Keke was also F1 world champion in 1982.

"The last race was incredibly intense. Lewis is obviously one of the best drivers in the world. It was a tough battle but I loved the competition."

Rosberg said that he would like to have more children although he jokingly suggested that he and wife Vivian are at loggerheads over how big their family should eventually become.

"I hope to have more children, that would be great -- a whole football team of them! But Vivian isn't too convinced by this idea."

Comments
Topics mentioned in this article
Mercedes Nico Rosberg Formula 1
Get the latest updates on India vs Australia Series, check out the India vs Australia Schedule for 2020-21 and Ind vs Aus live score . Like us on Facebook or follow us on Twitter for more sports updates. You can also download the NDTV Cricket app for Android or iOS.