Lewis Hamilton finished ahead of his Mercedes team-mate Valtteri Bottas by more than three-tenths of a second. 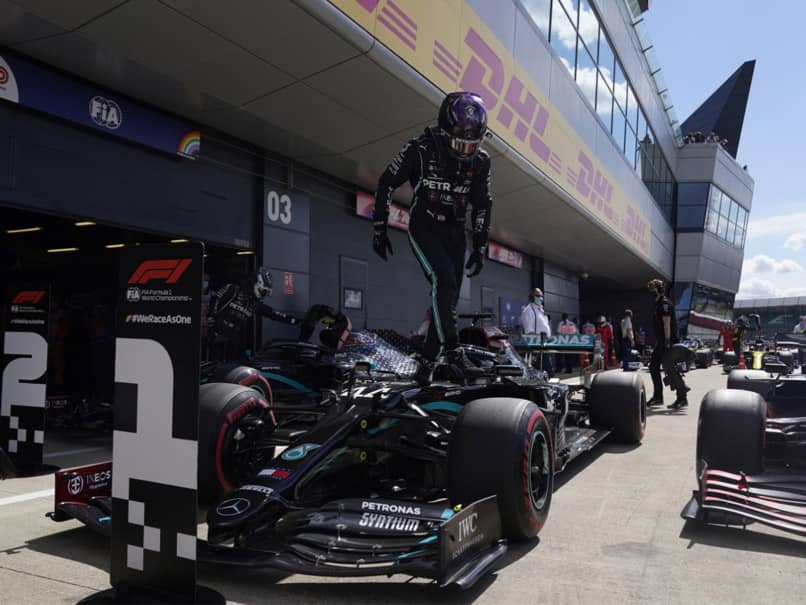 Lewis Hamilton smashed the track record twice on Saturday to grab a record seventh British Grand Prix pole position with a stunning performance in a tense qualifying session. Hamilton, who on Sunday seeks a record-increasing seventh Silverstone victory, finished ahead of his Mercedes team-mate Valtteri Bottas by more than three-tenths of a second after the Finn had been fastest in final practice and then again in both Q2 and Q3 when he also set lap records.

The defending six-time champion and current series leader bounced back from a ragged performance, including a spin, in the first parts of qualifying to claim his 65th pole with Mercedes and the record-increasing 91st of his career.

It was also a record eighth successive Mercedes pole success in Britain on a day when they were clear of their nearest rivals Red Bull by a full second, Max Verstappen taking third place on the grid ahead of Ferrari's Charles Leclerc.

Rising British star Lando Norris, 20, was fifth for McLaren ahead of Lance Stroll in Racing Point's 'pink Mercedes', Carlos Sainz in the second McLaren, Daniel Ricciardo and his Renault team-mate Esteban Ocon and Sebastian Vettel, who was 10th for Ferrari.

"This track is awesome! But it is tough out there - with the winds, it is like juggling balls on a moving plate," said a delighted Hamilton.

"I had a spin and as you know qualifying is all about confidence and I was struggling in the first sectors of every lap, but I took some deep breaths, composed myself and in Q3 I had a clear lap and the second one was even better!"

He added that it was strange to drive without any fans in the circuit. "Usually, it's all sirens, flags and smoke and the atmosphere is buzzing - you get out of the car and have a different energy so I miss them, but I hope everyone is safe and happy at home."

McLaren Silverstone British Grand Prix Formula 1
Get the latest updates on India vs Australia Series, check out the India vs Australia Schedule for 2020-21 and Ind vs Aus live score . Like us on Facebook or follow us on Twitter for more sports updates. You can also download the NDTV Cricket app for Android or iOS.