During an official video news conference, Lewis Hamilton said he felt fit enough to stay on top and is motivated by his position as Formula One's only black driver. 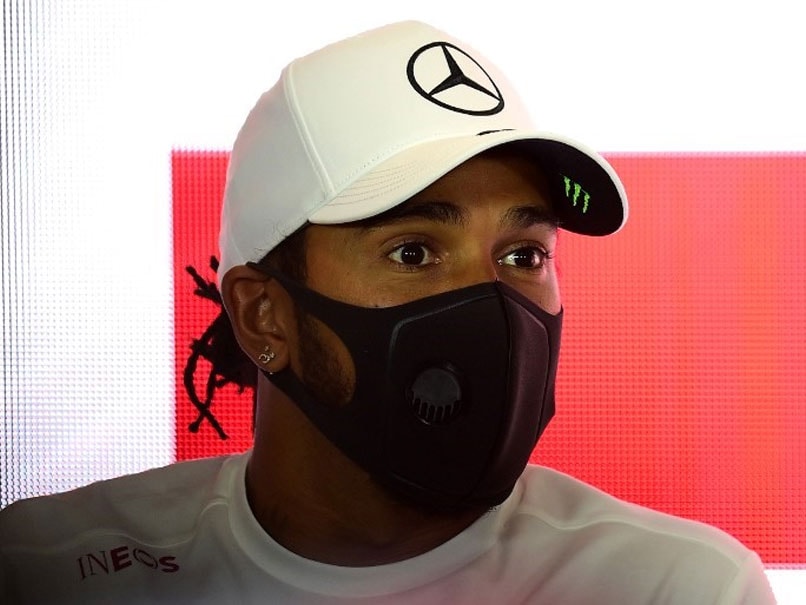 Lewis Hamilton has 86 race victories so far with six world championships to his name.© AFP

Lewis Hamilton plans to stay in Formula One, chase championships and act as a symbol in the fight against racism for at least three more years, the six-time world champion said on Thursday. Speaking during an official video news conference ahead of this weekend's British Grand Prix, the world championship-leading Mercedes driver said he felt fit enough to stay on top and is motivated by his position as the sport's only black driver. "Fingers crossed, I will be here and we will have fans here next year," he said. "In terms of how long I go, that's a bit of an unknown but I would say the Covid lockdown, when we had the first part of the season cancelled, whilst it was a negative in many, many ways, in some ways it gave a lot of life, a lot of energy, to focus on some other things.

"That bit of time off was a bit of breathing space. It gave me a renewed bit of energy to perhaps go longer.

"Ultimately, I want to be performing at the level I'm performing at now forever -- but there is a point at which physicality and the mental side tail off and I don't know when that's going to be.

"But I don't see that happening in the short term in the next two or three years. So I'm definitely going to be here, hopefully, for the foreseeable future.

"Also we're in a period of time where there's not another driver from my background at the moment -- and I'm conscious of that as well.

"I want to earn my position here. I feel every year I come back it's not a given just because I've got world championships under my belt.

"I think you still have to earn the right to be here in terms of how you perform. So my goal is to continue to deliver for as long as I can -- so I do see myself going for at least another three years."

If he does that, Hamilton, 35, could claim an unprecedented eight world drivers' championships and 100 race victories. He is on 86 ahead of this Sunday's race as he seeks to overhaul Michael Schumacher's records of seven titles and 91 wins.

He also heaped praise on Romain Grosjean, describing him as a "caring person" with whom he had more in common than he thought after the Frenchman revealed they had settled their differences in a 45-minute phone call last week.

The six-time world champion had criticised the Haas driver's leadership of the Grand Prix Drivers' Association (GPDA) and handling of the drivers' role in the sport's anti-racism stance following the Hungarian Grand Prix.

The defending champion had described the muddled ceremony before the last race in Hungary, where several drivers were late and some were missing, as embarrassing.

Grosjean, chairman of the GPDA, had conceded that "maybe I did it the wrong way" and Hamilton said he was impressed with "his approach to our conversation.

"He originally reached out to me to talk after the last race and so I gave him a call and we had this great conversation."

"We learned that we actually have more in common than we perhaps think," Hamilton said. "And he's clearly a caring person. So to hear that he's said that is... it's not easy firstly for anybody to admit that you're wrong. And that's a great first step.

"When we got off the phone I knew that we were united and we're going to be working towards the same common goal. So I'm really appreciative to Romain.

"And that's really what it's going to take all of us to do - to really open up our minds, don't put barriers up, don't be defensive, be open-minded and acknowledging that there is an issue."

Romain Grosjean Hungarian Grand Prix
Get the latest updates on IND vs NZ 2021, check out the Schedule and Live Score . Like us on Facebook or follow us on Twitter for more sports updates. You can also download the NDTV Cricket app for Android or iOS.