Four days after one of his most consummate and memorable triumphs, Lewis Hamilton returns to one of his favourite circuits this weekend with more than another Formula One record in his sights. 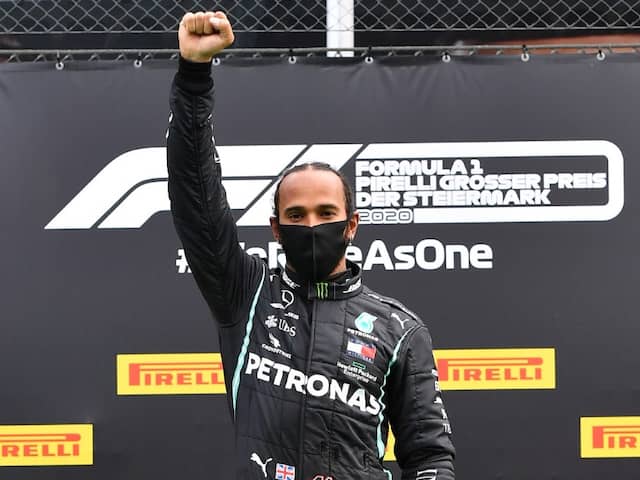 Four days after one of his most consummate and memorable triumphs, Lewis Hamilton returns to one of his favourite circuits this weekend with more than another Formula One record in his sights. As he prepares for the Hungarian Grand Prix at the tight and twisty Hungaroring circuit, 25 kilometres north of Budapest, the six-time world champion will draw on his experience and his momentum as he pursues twin goals of a seventh drivers' title and making lasting progress in the global anti-racism campaign for equality, diversity and justice.

Hamilton has enjoyed seven previous victories in Hungary and on Sunday can draw level with Michael Schumacher's landmark of claiming eight at the same Grand Prix.

Schumacher reeled off eight triumphs at the French Grand Prix, at Magny Cours, between 1994 and 2006, a feat that Hamilton hopes to emulate.

"Whenever I am reminded of the records that Michael had, it's just still mind-blowing to me," said Hamilton when he looked ahead to the Budapest weekend following his victory at the Styrian Grand Prix last Sunday.

"Budapest and Montreal you'd probably say have been my strongest so I'm excited to go back -- it is a track where the Red Bulls usually do well so it's not going to be easy."

The Dutchman came home third behind Hamilton and his Mercedes team-mate Valtteri Bottas, who won the season-opener at the Red Bull Ring, on Sunday and admitted he did not have the outright speed to match them.

His team boss Christian Horner, however, believes Red Bull can close that gap at the slower Hungaroring, but Verstappen is less certain.

Behind Red Bull's expected bid to catch Mercedes, there could be a closely-fought scrap as under-performing and under-pressure Ferrari seeking some solace after a bruising weekend last time out.

The Italian team's involvement lasted only three corners at the Red Bull Ring before their drivers collided, leaving them as red-faced as their cars.

Four-time world champion Sebastian Vettel, linked with a switch to Aston Martin-Racing Point next season after being told this is his last year at Ferrari, retained his dignity as Charles Leclerc accepted the blame and apologised immediately.

"At least I don't have to wait long to be back in the car so let's hope Hungary is better for us," said Vettel, humbled by events that have left team chief Mattia Binotto under fierce criticism in Italy.

Binotto said Ferrari were losing a second a lap to Mercedes in Austria, an admission that exasperated the team's fans and the Italian media.

Former Ferrari boss Ross Brawn, who oversaw Schumacher's five titles with Ferrari, observed: "They aren't going to turn it around overnight and there's a long road ahead. They need to find out if there is a fundamental problem with the car -- and they need to find out fast -- because clearly they are some way off the pace."

As at the previous two weekends, the race will be run behind closed doors and under very strict protocols with the Hungarian government insisting all involved, but notably those from outside the European Union, must stay in their hotels except when going to the circuit or the airport.

"We are going to enter late as nobody wants to be stuck in a hotel room from Monday to Thursday before we go to the track -- and so we will maintain our bubble in Austria.

"And we are making no differences for nationalities. We are trying to be at the forefront in Formula One's fight for equality and no discrimination, so the last thing we would do is give anyone privileges."

Valtteri Bottas Formula 1 Hungarian Grand Prix
Get the latest Cricket news, check out the India cricket schedule, Cricket live score . Like us on Facebook or follow us on Twitter for more sports updates. You can also download the NDTV Cricket app for Android or iOS.