Lewis Hamilton said that a number of drivers wanted to stop the pre-race anti-racism gestures and that he feels some teams are not doing enough to show solidarity with the movement. 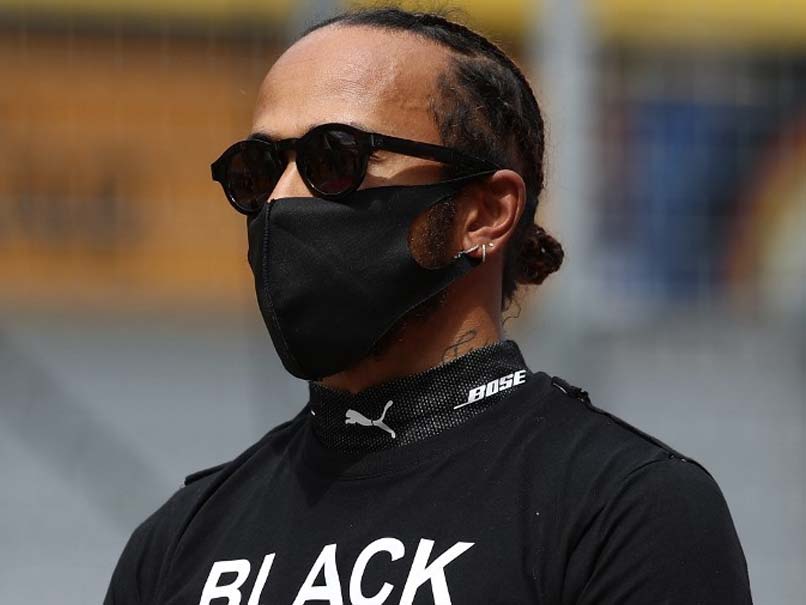 Lewis Hamilton made it clear that he is supporting the human rights side of the BLM movement.© AFP

Lewis Hamilton has called on Formula One and his fellow drivers to stay focused on the sport's anti-racism stance and present a less chaotic image before next Sunday's Hungarian Grand Prix. The six-time world champion said after winning Sunday's Styrian Grand Prix that a number of drivers wanted to stop the pre-race anti-racism gestures and that he feels some teams are not doing enough to show solidarity with the movement. "The drivers spoke after the drivers' briefing this weekend about what we intended to do and some were asking 'Why do we have to continue to do this?'," he said. "Some felt like once was enough last week.

"I just had to encourage them that racism is here, going to be here and probably be here longer than our time here and people of colour, who are subject to racism, don't have time to take a moment to protest and that be it.

"We've really got to think, as a sport, what we can do because those are nice signs, but passion is needed."

Despite Hamilton's efforts, at least four drivers remained standing while others took a knee and several appeared to be absent when they appeared together at the front of the grid before Sunday's race.

The previous week, before the season-opening Austrian Grand Prix, 14 took a knee and six stood, all explaining why they took that decision. At both races, all of the drivers wore the sport's "End Racism" t-shirts alongside Hamilton whose shirt carried the "Black Lives Matter" message.

Hamilton's Mercedes team all took a knee in the pit-lane and on the grid behind the drivers, but the gesture was not unanimously supported by all involved as it has been in many other major sports.

"F1 has come forward and said they are supporting ending racism and it is amazing to see Mercedes is also doing that, but no other team has done a single thing," said Hamilton.

"The Red Bull mechanics have taken a knee, but if you look at Ferrari they have thousands of people working for them, but I have heard no word of Ferrari saying that they hold themselves accountable and what they are going to do in the future.

"We have to continue to push for equality and raise awareness. For me, personally, it is going to be a lifelong thing."

'At some stage we will be together'

Hamilton, who lifted a clenched fist to mark his victory at the Red Bull Ring, also made clear that he was supporting the social justice cause represented by the BLM campaign, not the political activity.

Speaking to reporters via a post-race video news conference, Hamilton also said he had spent time explaining the issues to other drivers individually.

"I've made it clear I'm not supporting the political side, I'm supporting the human rights side," he said. "I've said 'Guys, I'm going to do it. There were some that said 'Well, I already did it last week I'm not doing it again'.

"And there were some that continued to have the same approach they had to the first week and that's why I tried to spend a bit more one-on-one time with a few of those that had chosen to stand, just to have a chat.

"From the drivers' point of view, we are going to come closer during this period of time. I'm not saying that everyone is going to be taking a knee, but over time, as we begin to talk about this more often, I'd like to think that at some stage we will all be together, understanding taking a knee."

Red Bull
Get the latest updates on India vs South Africa and check out  Schedule, Results and Live Score. Like us on Facebook or follow us on Twitter for more sports updates. You can also download the NDTV Cricket app for Android or iOS.