The 35-year-old Lewis Hamilton became a friend of Stirling Moss despite the pair's age difference and contrasting backgrounds. 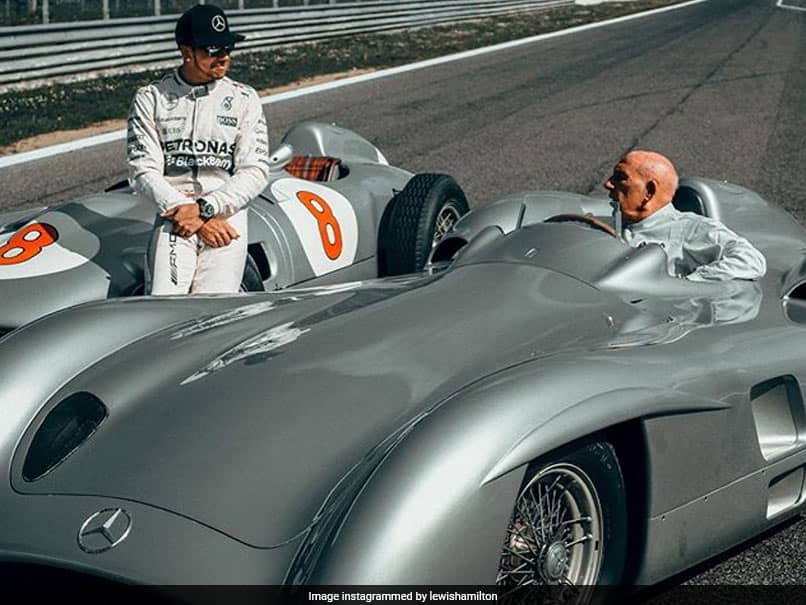 World champion Lewis Hamilton on Sunday described Stirling Moss, who has died at the age of 90, as a "racing legend" and a "comrade from a massively different time". Although Moss never won the Formula One world title, he was regarded as one of motor sport's greatest drivers, with his 1950s heyday seeing racers compete in a variety of disciplines.

The 35-year-old Hamilton, a six-time world champion, became a friend of Moss despite the pair's age difference and contrasting backgrounds.

"I certainly will miss our conversations. To be honest, it was such a unusual pairing, our friendship.

"Two people from massively different times and backgrounds but we clicked and ultimately found that the love for racing we both shared made us comrades.

"I am truly grateful to have had these special moments with him."

'Example of a racing driver'

Meanwhile, three-time world champion Jackie Stewart, who came into Grand Prix racing shortly after Moss's injury-enforced retirement in the early 1960s, told the BBC: "I think he's probably the best example of a racing driver there's ever been.

Jenson Button, the 2009 world champion, hailed Moss who always "drove to the max".

"I'm going to miss our chats, your knowledge, your jokes, your help, your direction, your infectious smile and seeing you push whatever you drove to the max even in your 80s," tweeted Button.

"Rest well Stirling. The racing world will not be the same. My heart goes out to his wonderful wife Susie."

Moss won 212 of the 529 races he entered across all motor sport events, with 1996 Formula One world champion Damon Hill saying that was a staggering achievement.

"He never won a world championship but he won a lot of races, something like a third of all the races he entered. It's a ridiculous statistic, he was legendary."

Hill, whose late father and two-time F1 world champion Graham competed against Moss, reckoned Moss's victory in the 1955 Mille Miglia, in which he covered 1,000 miles of open Italian roads at an average speed of 97.96 mph (57.85 kph) in 10 hours, seven minutes and 48 seconds, to be "one of the all-time great performances of our sport".

Mercedes, one of Moss's former teams, mourned the loss of a "true icon, a legend and a gentleman", while Ferrari called him a "formidable opponent".

Jean Todt, president of motor sport's governing FIA, said Moss was "a true legend in motor sport and he will remain so forever".